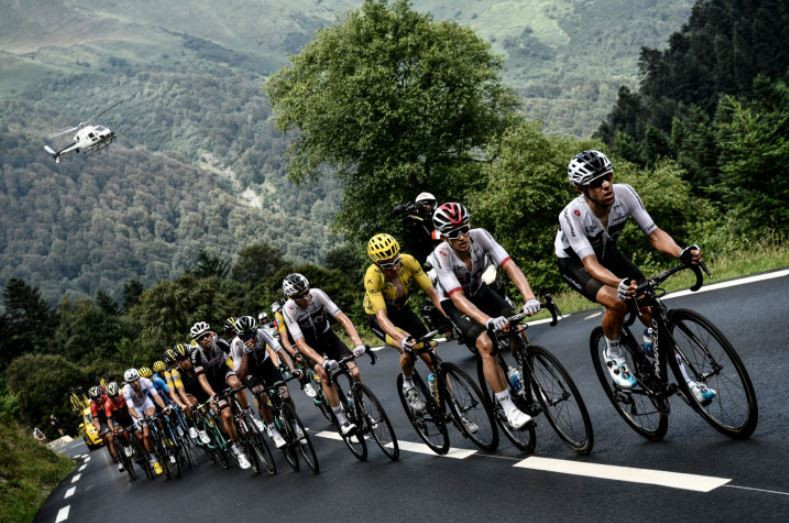 A leading representative of cycling’s team organisation, the AIGCP, has claimed that David Lappartient, the International Cycling Union (UCI) President, is "very positive" about its ideas for the sport’s reform, including bundling rights and increasing, rather than diminishing, the size and number of teams involved in the WorldTour.

Richard Plugge, the Dutch-born director of Team LottoNL-Jumbo, confirmed that the crucial meeting in Madrid last Wednesday (September 12) involving the UCI, event organisers and teams had taken place, as Lappartient has said, in an atmosphere of "constructive dialogue".

"All the major stakeholders were there - the UCI, the riders and the organisers.

"I think we made our case to the UCI that we wanted to move further on.

"That we wanted growth, and not to reduce.

“We stated our belief that we should look at creating an economic model for the sport, which would involve bundling rights being shared between stakeholders in a new reform of the sport.

“In saying this, we are looking at models already in place within sports such as golf, tennis and football.

“The economic models established there mean that all the stakeholders in the sport  are benefiting.

"That’s what we pointed out."

Plugge added "I read that M Lappartient was talking about reductions for the teams.

"We said that for us, the minimum would be to have the same number of teams, and that growth, through a new model, should be the key issue for a proper reform.

"We said that the sport required a proper business plan that tells us how we can bring some changes and grow the sport.

"M Lappartient was very positive about these things."

Lappartient, who has just completed his first year in office, will announce plans for the sport’s reform in the course of the UCI Road World Championships in Innsbruck, due to start on Saturday (September 22).

In July, Lappartient proposed reducing team sizes in Grand Tour races - the Tour de France, the Giro d’Italia and the Vuelta a España - from eight to six riders in an effort to make them less easy to control, referring specifically to Team Sky, winners of the Tour de France on six of the last seven occasions.

He also proposed budget caps to prevent teams being able to collect too many dominant riders.

The sport's world governing body is pressing forward with changes that could be approved as soon as this year and introduced by the 2020 racing season.

Also proposed is a major restructuring of the WorldTour and Pro Continental divisions.

Lappartient told insidethegames at the weekend: "I am confident we are on the right track to reaching a global agreement."

Plugge added: "We have great unity among the teams.

"We are hopeful, and we expect the plans will be amended along the lines we have suggested.

"The ball is now in the UCI court – they have to respond officially."