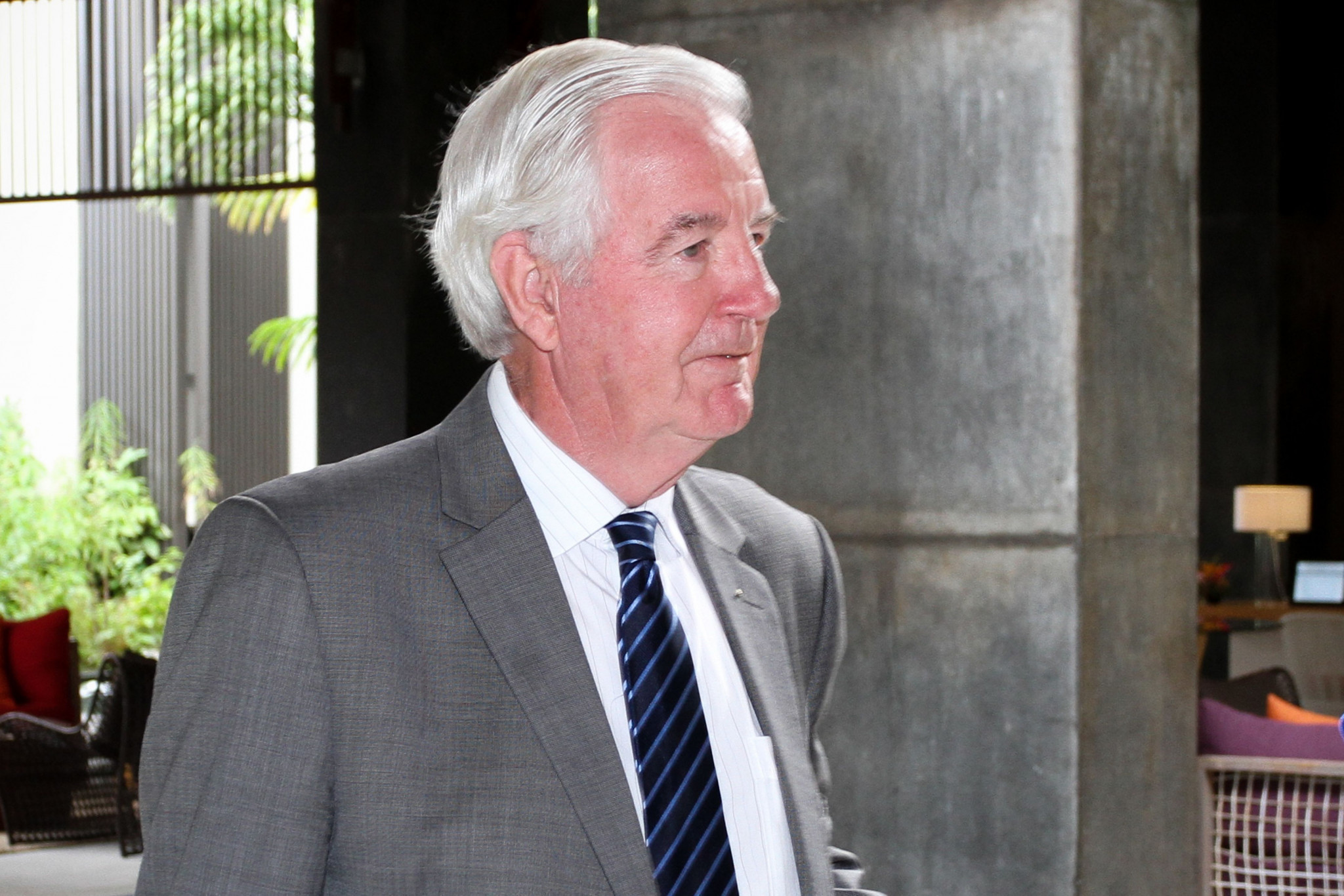 World Anti-Doping Agency (WADA) President Sir Craig Reedie has challenged athletes who have criticised the decision to reinstate Russia to come up with an "alternative option" as he questioned those who believe the country's suspension should have been maintained.

Sir Craig insisted the compromise reached with the nation was the right call as he launched another impassioned defence of the process which led to the controversial verdict to declare the Russian Anti-Doping Agency (RUSADA) compliant again.

The 77-year-old Scot claimed a lack of a detailed understanding of WADA's methods prompted the torrent of criticism aimed his way and at the organisation but admitted the outcry and anger from athletes was "completely understandable".

"I have a question for the athletes and that is what, in practice, is the alternative option," he said.

"There is a crucial element in what we have been doing and that is getting access to samples and data that will allow ongoing cases to continue.

"I am used to athletes complaining but I really want to know what their alternates are."

Sir Craig, who wrote an open letter aimed at addressing concerns raised following the Executive Committee decision to reinstate RUSADA at a meeting in the Seychelles last week, said he was hopeful WADA's credibility had not been damaged following a tumultuous period for the organisation.

RUSADA being declared compliant following a deal struck between WADA and Russian authorities, which saw the global watchdog soften the two remaining criteria on the body's compliance roadmap, sparked outrage from athletes and national anti-doping groups.

"If you look back at the 21 months since the roadmap was put in place there has been complete refusal by the Russian authorities to meet the last two conditions," Sir Craig added.

"Now I think athletes maybe just think we should continue with that.

"Sitting back, hoping we got the information we wanted and then allowing RUSADA to become compliant doesn't seem to be a way forward.

"The athletes really need to know that in the Moscow Laboratory there are around 2,800 samples which we would very much like to see in terms of completing cases – both ongoing cases and potentially new cases – against athletes who have cheated.

"And I think if they knew that they might be much more sympathetic to what we have been doing recently."

WADA have warned Russia that they will fall back into non-compliance if they do not hand over data and samples in the Moscow Laboratory by December 31.

Jonathan Taylor, chairman of the Compliance Review Committee (CRC) which made the recommendation to lift the ban on Russia, admitted he didn't know whether the country would manipulate the data before they had access to it.

Taylor warned, however, that the consequences and sanctions available for non-compliance were tougher under stricter rules which came into effect earlier this year.

"I don’t know – but I do know that if they do [manipulate the data], we now have a much better opportunity to identify that because now it is not a matter of just handing over a CD-ROM with the data on it; now they have a written commitment to provide the independent expert with access to the original instruments that generate the data," the British lawyer said.

"I am no expert, but certainly the expectation is that this person will be in a far better position to be able to confirm whether the data is accurate or has been interfered with.

"If it has been, then the condition will not have been met, and at that point the non-compliance and further consequences will kick in.”

Taylor also expressed his "regret" at the resignation of WADA Athlete Committee chairperson Beckie Scott from the CRC after he confirmed the Canadian was the only member of the six-person panel to disagree with the recommendation to reinstate RUSADA.

"If there is no agreement, it will be taken to the Court of Arbitration for Sport," Taylor added.

"We’re in a stronger position and hopefully the Russians will understand this and comply."