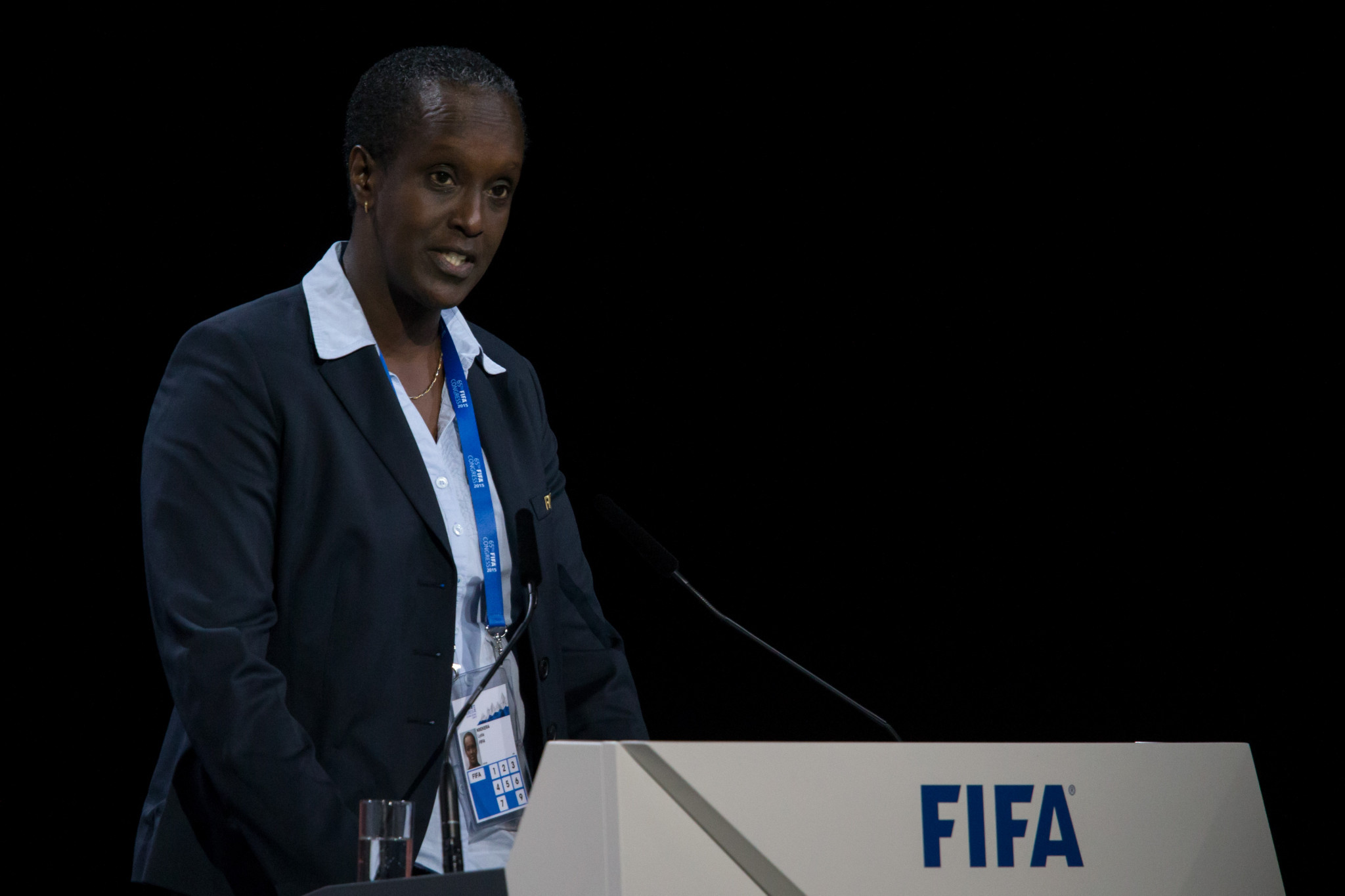 Burundi's Lydia Nsekera has become the third confirmed candidate for the Presidency of the Association of National Olympic Committees of Africa (ANOCA) as she announced she would stand for the position at November's key election.

Nsekera, a high-ranking African official who is both a member of the International Olympic Committee (IOC) and FIFA's ruling Council, joins Hamad Kalkaba Malboum of Cameroon and acting President Mustapha Berraf in declaring her candidacy to succeed long-standing head Lassana Palenfo.

The election, scheduled to be held in Tokyo during the Association of National Olympic Committees General Assembly on November 29, is seen as crucial for the future of the crisis-ridden continental organisation.

The vote is taking place after Malboum, President of the Confederation of African Athletics, won an appeal at the Court of Arbitration for Sport (CAS) following his controversial disqualification from last year's election by the ANOCA Executive Committee.

The CAS ordered a re-run of the election in its ruling.

Kalkaba was barred from standing after being accused of bribery and illegally using the Government in Cameroon to campaign on his behalf, accusations which he denied.

Palenfo was consequently re-elected by acclamation for a fourth term in office at the ANOCA General Assembly held in Djibouti on May 10 last year.

But the Ivorian announced earlier this year that he would not seek re-election, paving the way for ANOCA to have its first new President in 13 years.

It seems likely that Palenfo will support Berraf, who is seen as an ally of the Ivorian having served as first vice-president during his tenure at the helm.

The Algerian was also chosen to lead ANOCA on an acting basis following the CAS ruling and Palenfo's subsequent decision not to seek another term as President.

In his manifesto, Berraf has targeted creating a "more efficient and better-respected" ANOCA amid the recent turmoil engulfing the continental body.

He also claims he will make ANOCA's sporting events "more attractive" following the crisis surrounding the African Games, while he believes he will strengthen the managerial and organisational capabilities at the organisation.

"In the future, protecting the interests of African NOCs will continue to be one of the main focal points of our development programme," Berraf writes.

"By reason of our commitment, this aspect will experience a much more promising future through the election of all deserving men and women, also by promoting them to positions of responsibilities."

Nsekera became an IOC member in 2009 and heads up the Women in Sport Commission.

The 51-year-old is also the former President of the Burundi Football Association and has been part of the FIFA Council since 2013.

She is aiming to become the first woman to lead one of the five continental organisations in the Olympic Movement.

Both Nsekera and Berraf were on the ANOCA Executive Committee when the body made the decision to exclude Malboum from the running, adding another level of intrigue to the election.