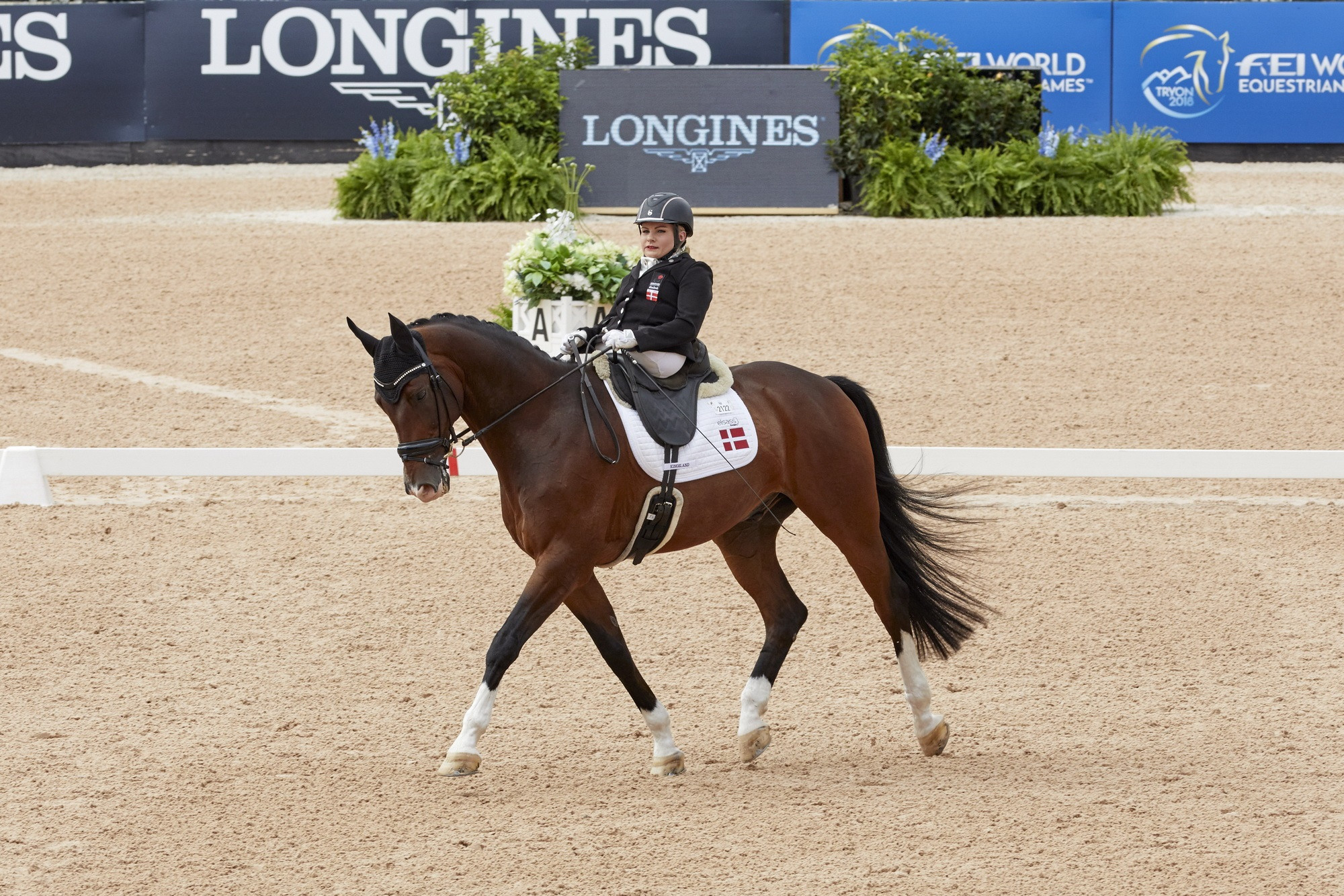 Denmark’s Stinna Tange Kaastrup made her global breakthrough in the Para-dressage event at the International Equestrian Federation (FEI) World Equestrian Games in Tryon in North Carolina today as she took gold in the grade II Individual competition.

Kaastrup, a double bronze medallist at the Rio 2016 Paralympic Games and a four-time European Championships medallist, rode Horsebo Smarties to score of 72.735 per cent at the Tryon International Equestrian Center.

Austria’s multi-world, European and Paralympic champion Pepo Puch finished second with 72.676 per cent on Sailor’s Blue, while The Netherlands’ Nicole den Dulk came third, on Wallace N.O.P. with 70.735 per cent.

"I really love that horse so much.

"To be able to share this with him means a lot, it really does.

"It really hit me in there [at the medal ceremony] when he came in.

"We have such a special bond."

In the grade IV competition, The Netherlands’ Sanne Voets got her World Equestrian Games off to the best start by winning her first global individual title.

Riding Demantur N.O.P., she scored 73.927 per cent, finishing ahead of Brazil’s Rodolpho Riskalla and Don Henrico with 73.366 per cent.

Voets, the current world and Paralympic freestyle champion, was the first rider in the arena in her grade.

"Nobody wants to be the first to go but it doesn’t change the job, you just have to do what you do and do it best, I think we smashed it," she said.

"The first bit is done, we’ve started now so let’s rock and rumble for the rest of the week."

Great Britain’s Sophie Wells took gold in the grade V competition, in which she was also the first into the arena.

Her score, on C Fatal Attraction, of 75.429 per cent - the highest of the day - was comfortably enough to knock The Netherlands’ Frank Hosmar into second, riding Alphaville N.O.P. to 73.167 per cent.

Germany’s Regine Mispelkamp took the bronze medal, riding Look at Me Now and scoring 71.452 per cent, at her first-ever international competition.

Well’s team-mate, Lee Pearson - the multi-Paralympic, world and European champion - added to the drama of the day in the grade II competition when he retired his horse, Styletta, around half-way through his test.

"Styletta seems to be struggling a bit with the humidity here," he said.

"She’s a spectacularly powerful horse and each day she’s been here she’s been feeling like she’s struggling a bit with the weather.

"I didn’t want to retire.

"I’m passionate about doing my best in the arena for my country but felt that it was the right thing to do."

His withdrawal today will cause some concern in the British camp though, as they have yet to be beaten in the team competition at European, world or Paralympics level and need a top-three finish to guarantee a place at the Tokyo 2020 Paralympic Games.

Tomorrow sees the final two medals in the individual competition decided as the grade III and grade I riders take to the arena.