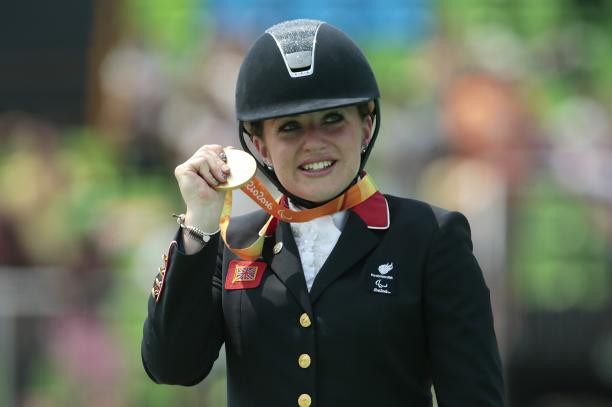 Five-time Paralympic champion Natasha Baker headlines the British Para-team for the World Equestrian Games (WEG), which will take place in Tryon in the United States this September.

The British Equestrian Federation (BEF) have named a team of four riders that includes Baker, the triple gold medallist from Rio 2016, who also won two Paralympic titles at London 2012 in the Grade II category.

Also in the team is the Grade IV rider Sophie Wells, who won two golds and a silver at the Rio Paralympics, the veteran Sir Lee Pearson, an 11-time Paralympic champion, and the rising star Erin Orford who rides her horse Dior in Grade III.

"I'm really excited to make my WEG debut," she said.

"And I hope that I will be able to show Dior at her best and deliver some strong performances in Tryon."

Great Britain's performance manager Sarah Armstrong said the strength and depth of the team gives them a "strong base".

"The team is a combination of experience from the human athletes, and it's really exciting to see new horses coming through to compete at their first World Equestrian Games too."

Elsewhere, Australia has just one rider, Emma Booth, in their team.

Twenty-seven-year-old Booth was a reserve for the Australian team at the 2014 edition and finished fifth in the Individual Championship Test Grade II at the 2016 Rio Paralympic Games.

She said in a statement that she is "thrilled" to have the chance to represent her country.