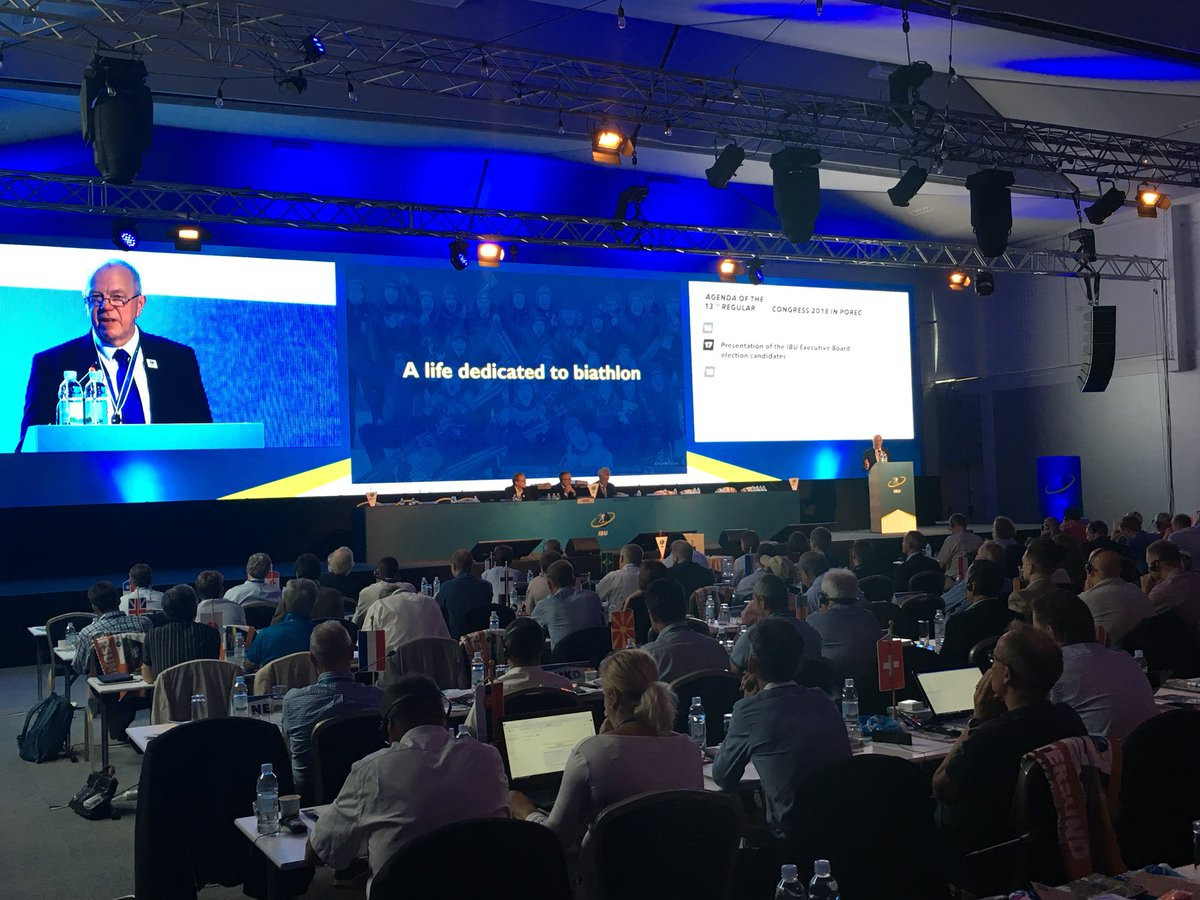 Sweden's Olle Dahlin has been elected President of the International Biathlon Union (IBU) after he claimed a landslide victory over Latvian rival Baiba Broka in a vote at the worldwide governing body's Congress today.

Dahlin becomes just the second head of the IBU and succeeds Norwegian Anders Besseberg, who stood down earlier this year after he was implicated in a criminal investigation which focuses on possible doping, fraud and corruption.

The Swede, an IBU vice-president for development, secured 39 of the 51 available votes at the Congress in Poreč in Croatia, with Broka receiving 12.

Dahlin, who will serve a four-year term following his comfortable election win, was considered the favourite when the two candidates to succeed Besseberg were unveiled in June.

Broka, a Latvian politician, was thought to be gaining on the Swede in the days leading up to the vote but ultimately that support failed to materialise.

The election brings what proved to be a bitter and fractious campaign to an end, which included Broka being forced to deny suggestions of Russian interference in her bid for the top job at the IBU.

Dahlin then told insidethegames that he was aware of the claims, prompting Broka to hit back as she accused the Swede of "personal attacks" and of running a "dirty campaign".

The Swedish Olympic Committee Executive Board member did not escape criticism, however, as he served as a vice-president under the former leadership.

He has nevertheless promised to rebuild trust in the IBU and restore a reputation shattered by the corruption scandal, insisting he will lead the embattled governing body into a "new era".

The IOC froze payments to the IBU amid the corruption scandal back in June and will not restore them until the troubled organisation has adhered to a series of demands - one of which was the election of a new President.

The issue will be high on Dahlin's agenda in his role as President, along with Russia and winning back the trust of athletes.

The 63-year-old claimed his experience was the key factor in him earning such a comprehensive victory over Broka, who also failed with her bid for a place on the Executive Board.

"I have an extensive background in biathlon and I know the sport," Dahlin said.

"I have done everything except be IBU President and now I am President.

"I have a concrete plan about reforms and a strategic plan for the future to be developed.

"I want to do this as quick as possible but it is also good to take some time to create a good plan with good actions."

Incumbent Victor Maygurov of Russia - nominated by Belarus as his home nation was unable to put forward candidates due to their provisional suspension, maintained by the Congress today - withdrew before the vote.

Norway's Tore Bøygard, initially mooted as a Presidential candidate, and Ivor Lehotan of Slovakia also pulled out of the running.

Klaus Leister of Austria retained his position as first vice-president after he edged Kalle Lähdesmaki of Finland 29 votes to 22.

American Max Cobb, an outspoken critic of the Russian doping scandal, was re-elected as a member of the Executive Board with 43 votes.

Canada's James Carrabre also kept his position on the ruling body, along with Slovakian Ivor Lehotan as they received 43 and 22 votes respectively.

Bøygard was elected after earning 37 votes, Dagmara Gerasimuk of Poland claimed 35 and Germany's Steinle was given 34 votes.

Maygurov was not re-elected and has been ousted from the Executive Board, dealing Russia another blow.