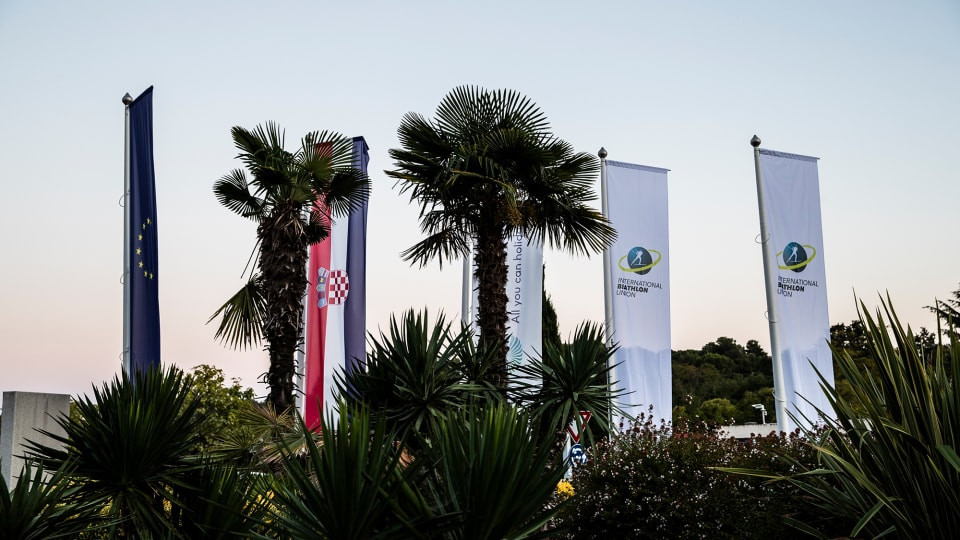 International Biathlon Union (IBU) officials are gathering in the Croatian resort of Poreč to elect only the second President in the history of the organisation as the embattled governing body prepares to stage a Congress seen as vital to its long-term future.

Sweden's Olle Dahlin and Latvian Baiba Broka will go head-to-head in the Presidential election, the headline item on the Congress agenda which is due to take place on Friday (September 7).

The election to replace Anders Besseberg, who stood down earlier this year after criminal prosecutors opened an investigation into the Norwegian and former secretary general Nicole Resch which focuses on possible doping, fraud and corruption, has becoming increasingly bitter in recent weeks.

Latvian politician Broka has been forced to deny rumours of Russian interference in her campaign and accused Dahlin of personal attacks towards her after the Swede told insidethegames he was aware of the claims.

It has been suggested she will take a more lenient stance towards the Russian Biathlon Union (RBU) relegated to provisional membership following the doping scandal in the country, although she has denied the accusations.

Dahlin has been forced to defend his role as an IBU vice-president for sport as he held the position for four years during Besseberg's term as President.

Broka sparked further controversy when she claimed the emergence of four new doping cases involving Russian athletes would not affect the RBU's bid for reinstatement.

Both have pledged to restore the shattered reputation of the IBU, plunged into crisis following the corruption scandal involving the previous leadership.

It is thought the vote may be closer than initially suggested as Dahlin, who has extensive experience in the sport, was seen as the clear favourite when their respective candidacies were confirmed in June.

Dahlin and Broka are both expected to carry out frantic lobbying prior to the vote, the outcome of which will determine the future direction of the scandal-hit organisation.

A motion will be put forward by Alexander Tikhonov, the former Russian athlete who will be part of the Georgian delegation at the Congress, to reject the two candidates as he claims neither are deserving of becoming IBU President.

Besseberg was initially considering attending the Congress, according to reports, before he was allegedly persuaded not to.

It comes despite the Norwegian and Resch being accused of accepting bribes amounting to $300,000 (£211,000/€243,000) and other benefits in return for a favourable stance towards Russia.

A key five days of meetings and discussions will begin tomorrow when the IBU Executive Board meets for the last time in its current form.

An workshop dedicated to Olympic quotas will also be held tomorrow follow the International Olympic Committee's decision to reduce biathlon's quota by 20 athletes for Beiijing 2022.

As well as the election, where each member will have one vote, the key issue of the RBU's membership will be decided on Friday.

The Congress itself will continue on Saturday (September 8) and Sunday (September 9), where the new Executive Board will hold their first meeting.

The hosts of the 2021 World Championships - stripped from Tyumen after the IBU reversed its controversial decision to give Russia the event despite the doping scandal - will also be confirmed, with Pokljuka in Slovenia the only candidate.

Oberhof in Germany and Nové Město na Moravě in the Czech Republic are vying for the hosting rights for the 2023 edition.

Both events will be awarded on Sunday.

"The Member Federations will lay the groundwork for the future of our sport.

"We shall always keep in mind that the main task of the IBU is to enable an efficient administrative, sporting and commercial framework which puts athletes at the centre."