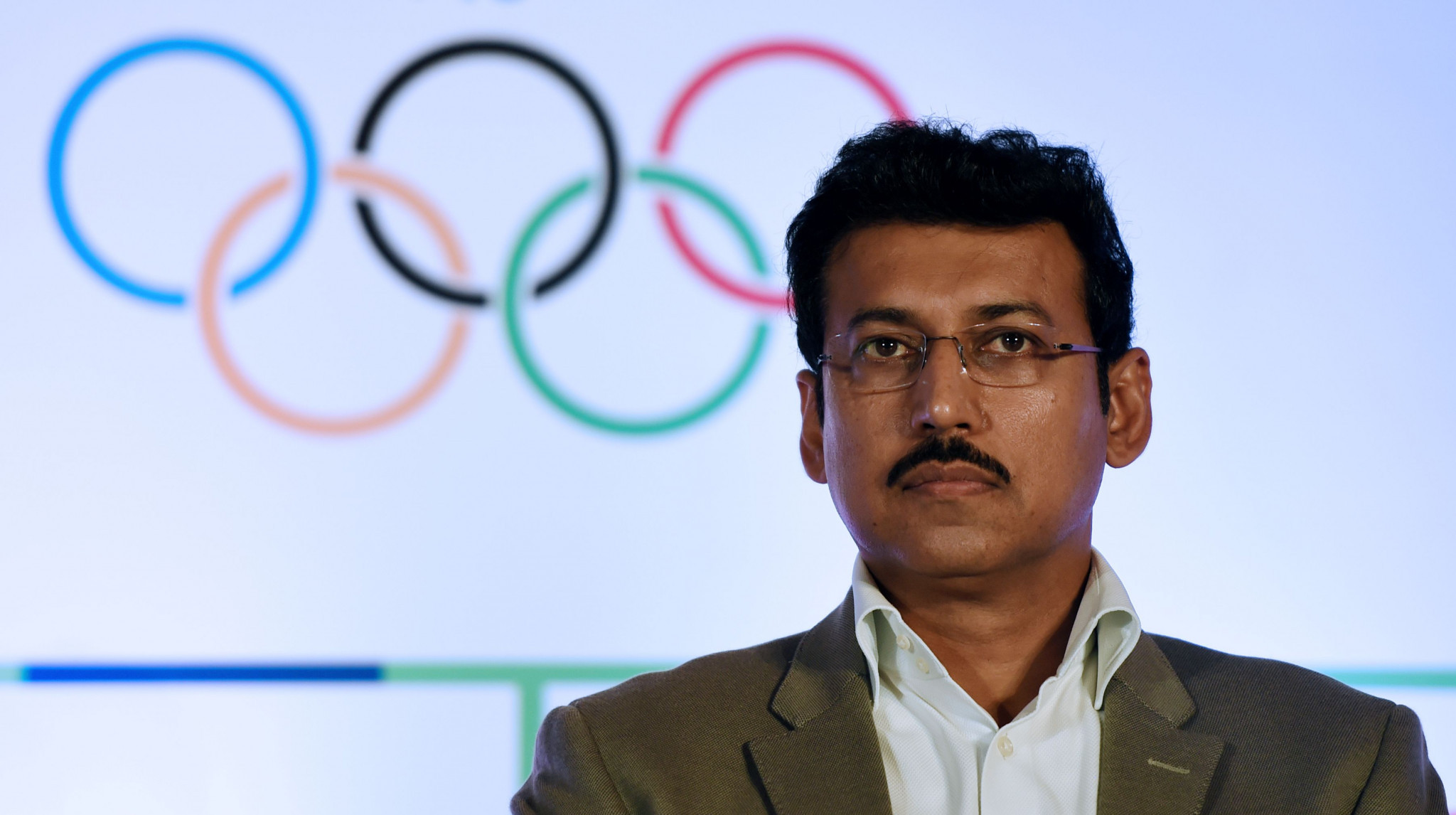 India’s Sports Minister Rajyavardhan Singh Rathore has promised that "nothing will be left undone" as the country’s athletes prepare for the Tokyo 2020 Olympic Games.

Rathore’s comments follow an impressive performance from India at the 2018 Asian Games in Jakarta and Palembang, where they claimed a best-ever medal haul of 69, comprising 15 golds, 24 silvers and 30 bronze.

Despite India winning just two medals at the last edition of the Summer Olympic Games in Rio de Janeiro in 2016, the Indian Olympic Association (IOA) set ambitious targets of 25 at Paris 2024 and 40 at Los Angeles 2028 earlier this year.

Rathore insists, however, that the focus of the country and its athletes still very much remains on Tokyo 2020.

"We have already started working for 2024 and 2028 Olympics," he was reported as saying by the Press Trust of India on the sidelines of an event celebrating India’s success at Jakarta Palembang 2018.

"The 2020 Olympics is right next around the corner and in our celebrations [for the Asian Games], we haven't forgotten that and have reminded the athletes as well.

"But nothing will be left undone even now.

"Very precise and surgical support will be provided to each athlete so that they give their best [at Tokyo 2020].

"A lot can change positively for us."

Rathore, who won the double trap shooting silver medal at the Athens 2004 Olympics, also spoke about initiatives he believes have set India on their way to becoming a sporting superpower.

Among them is the Target Olympic Podium Scheme, set up in 2014 with the aim of boosting India’s medal prospects for Rio 2016 and Toyko 2020 through athlete funding.

"We have very clearly and very professionally divided our working between grassroots and elite sportspeople," he told the PTI.

"The elite athletes are being looked after by a different set of professional people so that there is no bureaucracy.

"We have just begun working on systems that can connect the athletes to the Target Olympic Podium Scheme absolutely straight, transparent and quick."

India did, however, fare much better at the Gold Coast 2018 Commonwealth Games, winning 26 gold, 20 silver and 20 bronze medals.

It was announced in June that expressions of interest will be submitted by India to host the 2026 Summer Youth Olympic Games, the 2030 Asian Games and the 2032 Olympic and Paralympic Games.

A bid is also expected to be made by the Asian country to host the 2021 International Olympic Committee Session.