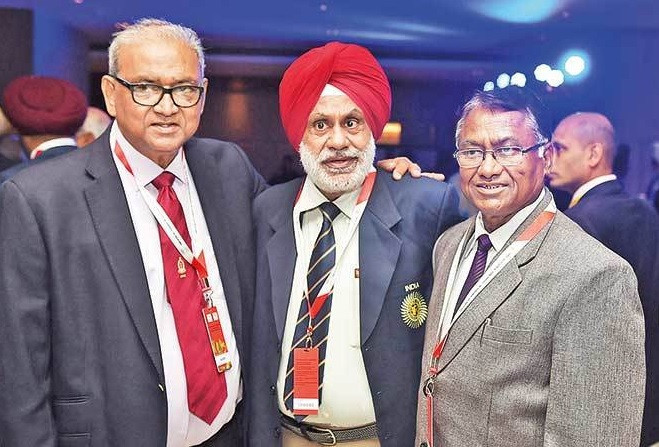 A host of Indian Olympic medallists have attended a gala dinner in New Delhi as part of International Olympic Committee (IOC) President Thomas Bach's visit to the country.

According to the Times of India, around two dozen athletes were present at the event, hosted by the Indian Olympic Association (IOA).

Balbir Singh, a member of the Indian hockey team which won the Olympic gold medal at the 1948 Games in London, and shooter Abhinav Bindra were among those present.

The 93-year-old Singh and Bindra, who claimed the country's first individual Olympic title when he topped the podium in the 10 metre air rifle event at Beijing 2008, were joined by the likes of Sports Minister Rajyavardhan Singh Rathore at the gathering.

Rathore, winner of the double trap silver medal at Athens 2004 as well as three Commonwealth Games gold medals, said it was an honour to be in attendance at the gala dinner.

"I’m so grateful to god that he allowed me to win an Olympic medal, which enabled me to be a part of this gathering today," he said.

"I’m honoured to be in the company of so many greats of Indian sports."

Bach met Batra and Rathore during his visit to India, where the IOA President claimed the nation would bid for the 2032 Olympics, 2030 Asian Games and 2026 Youth Olympics.

The IOC President was accompanied by Sheikh Ahmad during his stay in the country.