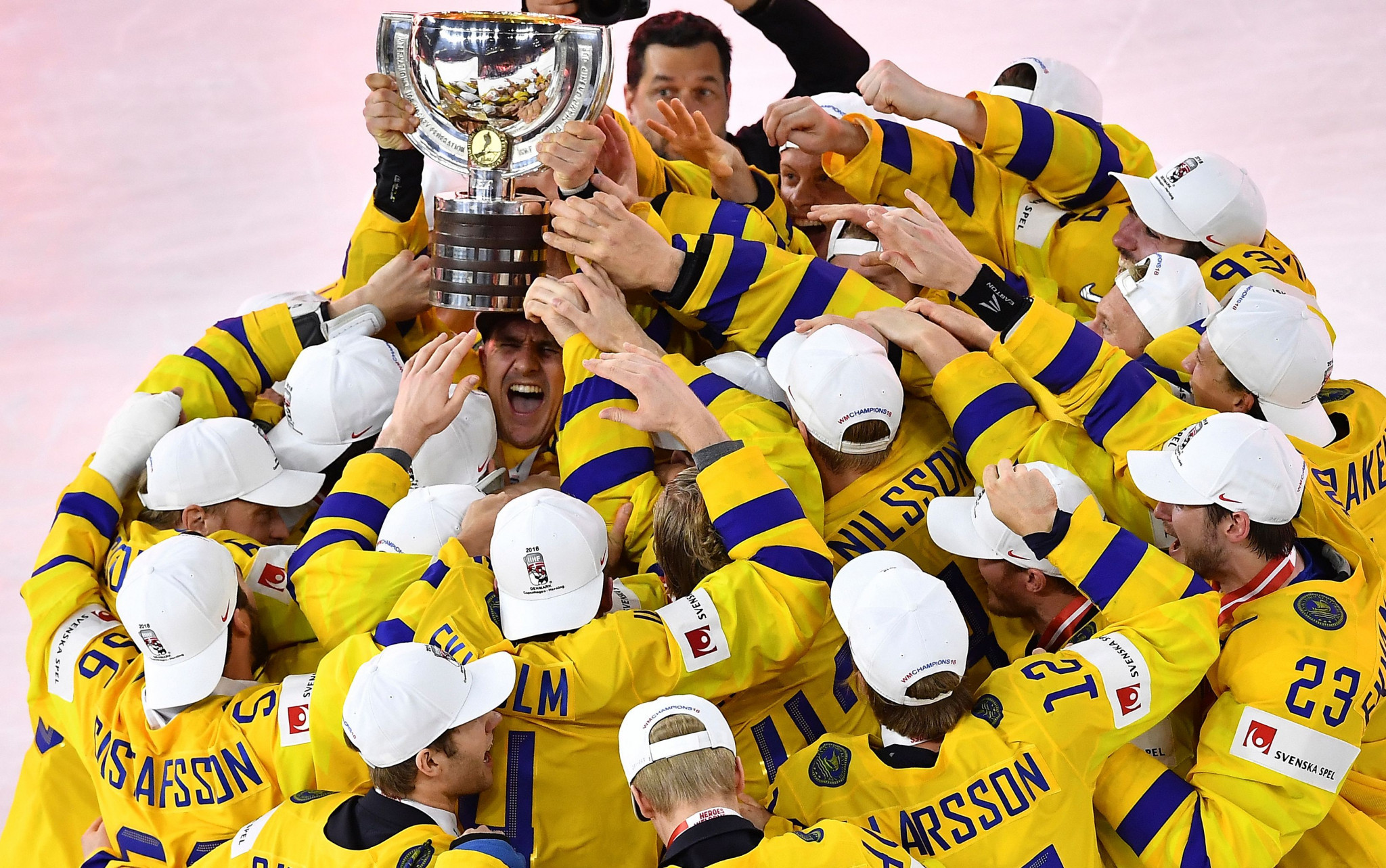 This year's men's International Ice Hockey Federation (IIHF) World Championship was the biggest event ever to be held in Denmark, according to marketing company Infront.

Infront, who worked as the exclusive media and marketing agency for the tournament, claim it exceeded expectation in areas such as attendances and television coverage.

The competition, won by Sweden after they beat Switzerland 3-2 in a thrilling final, was "the biggest ever, sport or non-sport related, to be hosted in Denmark".

Over 520,000 people attended the Championship, staged in May at venues in capital city Copenhagen and Herning, while the event also generated a cumulative television audience of 1.237 billion.

The final saw 2.5 million people tune in on Swedish TV3, an 80 per cent market share of the audience at the time.

"It is a great achievement for the Danish ice hockey movement, especially if we consider that it was the first time that Denmark was hosting this major tournament," said IIHF Council member and Danish Ice Hockey Union President Henrik Bach Nielsen.

"We had a great response from the people, a lot of enthusiasm and great attendance.

"I would like to thank the whole team working on the World Championship, including the valuable support of Infront as our joint venture partner and the IIHF.

"With this success, we can start dreaming and we look forward to hosting the World Championship again in the future."

"It is the third year in a row that we have reached such numbers at the World Championship and doing so with a first-time organiser like Denmark means even more," he said.

"We are very proud of the tournament we have delivered along with the Organising Committee and the IIHF.

"This motivates us even more to keep working hard to grow the sport of ice hockey worldwide, also through the organisation of world-class events like the one in Denmark."