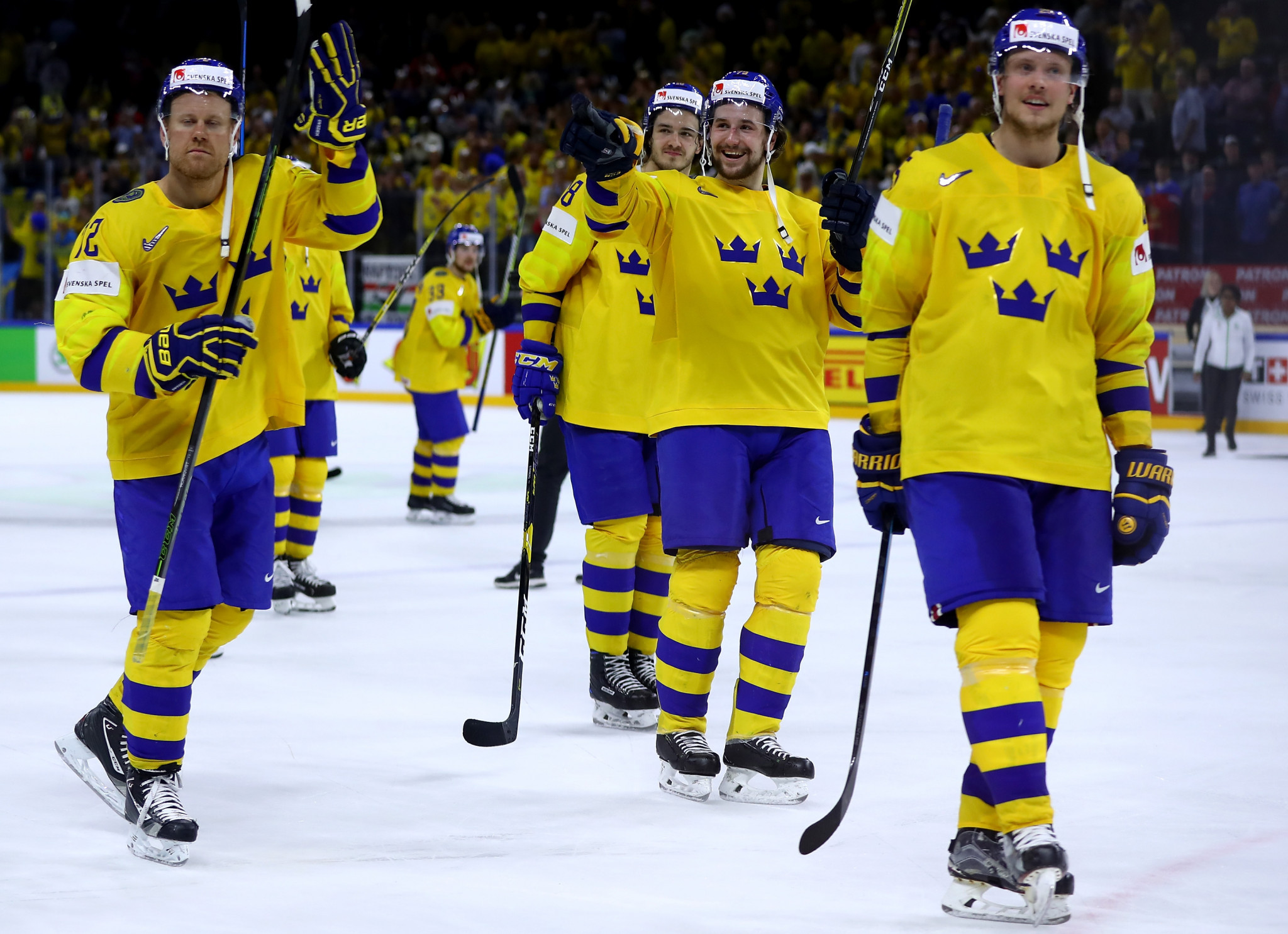 The Swedish team were forced to wait for the 15th minute of their semi-final clash with the United States to take the lead, with Viktor Arvidsson making the breakthrough at the Royal Arena.

The second period saw a key spell in the match, with Sweden scoring three goals in four minutes to take a commanding lead.

Magnus Paajarvi scored the first in the 27th minute, before Patric Hornqvist and Mattias Janmark struck in the 31st minute.

Just 11 seconds of play came between Hornqvist and Janmark’s efforts.

The US team recovered their composure to halt the flood of goals, but Sweden extended their lead further in the third period.

Arvidsson scored his second of the tie, before Adrian Kempe rounded off the scoring to seal a 6-0 win for Sweden.

The holders will go in search of their 11th World Championship crown tomorrow.

They will face Switzerland, who edged Canada in their semi-final.

Tristan Scherwey scored the opening goal of the match, giving Switzerland a 1-0 lead after the first period.

The scores were level in the 27th minute when Bo Horvat equalised for Canada, only for Gregory Hofmann to immediately put Switzerland back in front.

A strike from Gaetan Haas at the start of the third period gave the Swiss a two goal cushion, but Colton Parayko cut the deficit for Canada.

Despite a frantic late effort to take the match into overtime, Canada fell short, as Switzerland booked their final place with a 3-2 win.