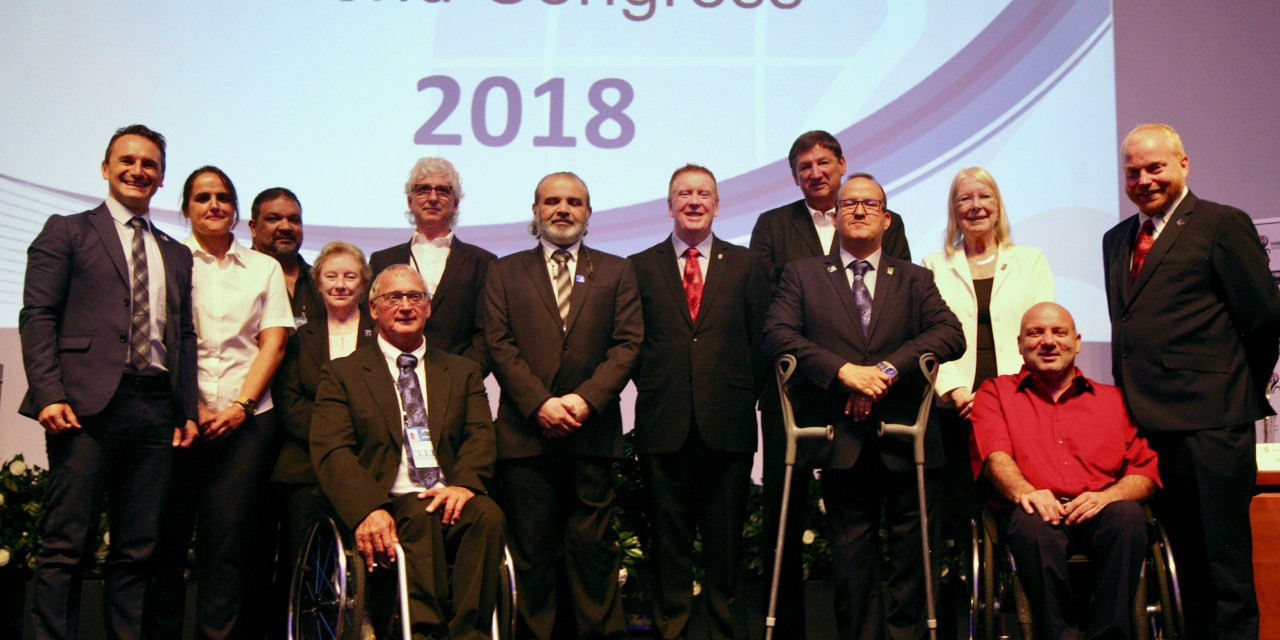 Germany’s Ulf Mehrens has been re-elected President of the International Wheelchair Basketball Federation (IWBF) for a second four-year term.

Mehrens was first elected at IWBF President back in 2014 and will now serve another term.

He was re-elected at the IWBF Congress in Hamburg, with coincided with the IWBF World Championships.

“Over the past four years we have made big steps in developing the federation, but we need to continue this momentum going forward to create a professional and sustainable future for our sport,” said Mehrens.

“I know this board also believe in all our goals and aims and will work hard to achieve this.”

Steve Bach of Canada has retained his position as vice-president, while South Africa’s Craig Moorgas returning as treasurer.

The Netherlands’ Francisca Ravestein will remain as chairperson of the Commission for Legal Matters and Eligibility, while Britain’s Charlie Bethel heads the competition Commission.

Toufic Allouche of Lebanon was re-elected as a member-at-large, while Australia’s Matthew Wells was elected to the same post for the first time.

The IWBF said Norbert Kucera and Don Perriman did not stand for re-election as the chairman of technical and classification commissions respectively.

It followed 20 years of service from the duo.

Kucera has instead been appointed at the IWBF secretary general, replacing the retiring Maureen Orchard who has now taken up the honorary role.

Perriman will still be involved with the sport as IWBF Asia Oceania Zone secretary general.

He will be replaced as Classification Commission chair by Regina Costa of Portugal.

Cristian Roja of Italy will take up the role of Technical Commission chair.

The Executive Council is completed by the Presidents of the four Zones, with Hamid El Aouni from Morocco heading IWBF Africa and while Uruguay’s Cristina Rosello leading the IWBF Americas.

"I would like to thank both Norbert Kucera and Don Perriman for their dedication and commitment to IWBF over the past 20 years,” said Mehrens.

"They have shaped their areas of work and I’m pleased that we do not lose them from the sport completely and they continue to be involved in other positions.”

Forty-four member countries were present at the Congress.