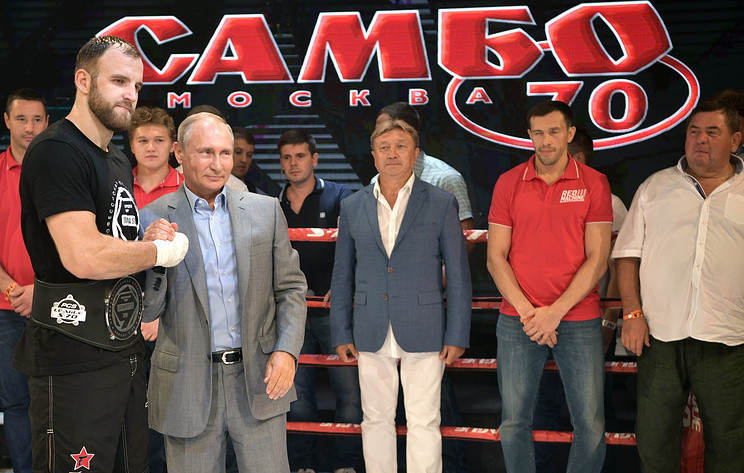 Vladimir Putin was the guest of honour at a combat sambo tournament held in Sochi.

The Russian President was on hand at the Platform S-70 event in the Black Sea city, the host of the 2014 Winter Olympics and Paralympics.

Putin presented a belt to Russian sambist Denis Goltsov who defeated Ednaldo Olivieri of Brazil in the main duel of the competition, at over-93 kilograms.

The theme of the evening was Russia against the Rest of the World and Putin enjoyed watching the traditional martial art.

He posed for selfies with the athletes and was then presented with a souvenir, a large Sambo-70 emblem.

"Once again, they delighted us with their mastery and courage," he said.

"It wouldn't be enough to call them role model athletes.

"They are role model men."

International Sambo Federation President Vasily Shestakov was another guest of honour at the tournament.