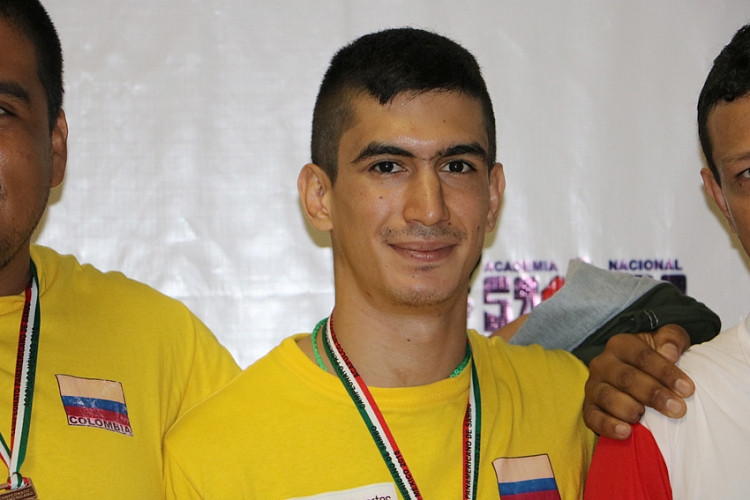 Colombia’s Juan Franco has urged sambo athletes to study anti-doping rules as he continues his own comeback from a two-year ban from the sport.

Franco insisted he did not take a banned substance claiming "doping got into my body not by my own will", leading to him receiving a two-year ban.

He made his return to competition at the Pan American Sambo Championships, claiming the gold medal in the men’s 57 kilogram event.

"Of course, I experienced unforgettable and in many respects conflicting emotions, as the past two years, from a psychological viewpoint, had been pretty difficult for me," Franco said following his return to action.

"As you know, doping got into my body not by my own will, I had to pay for a fault that wasn’t mine.

"Therefore, at these Championships in Mexico, it was important for me to prove to everyone – from FIAS (International Sambo Federation) to my friends and relatives – that I can win being on equal terms with everyone.”

"Against all odds, my coach kept on believing in me.

"And FIAS trusted me, too, by clearing me to perform at the Pan-American Championships in Acapulco."

Franco has now targeted success at the World Championships in Bucharest, due to take place between November 8 and 12, where he hopes to become first Colombia to win a world title in sambo.

He has called for athletes to learn from his experience, urging them to fully abide by anti-doping rules.

"What happened to me was a rather unpleasant story, and it should not happen to other athletes," Franco said.

"In this regard, I would like to urge all athletes, all members of National Sambo Federations, so that they carefully study all the aspects of anti-doping rules.

"I would like to warn everyone against the repetition of my sad experience, from making such inadvertent mistakes."