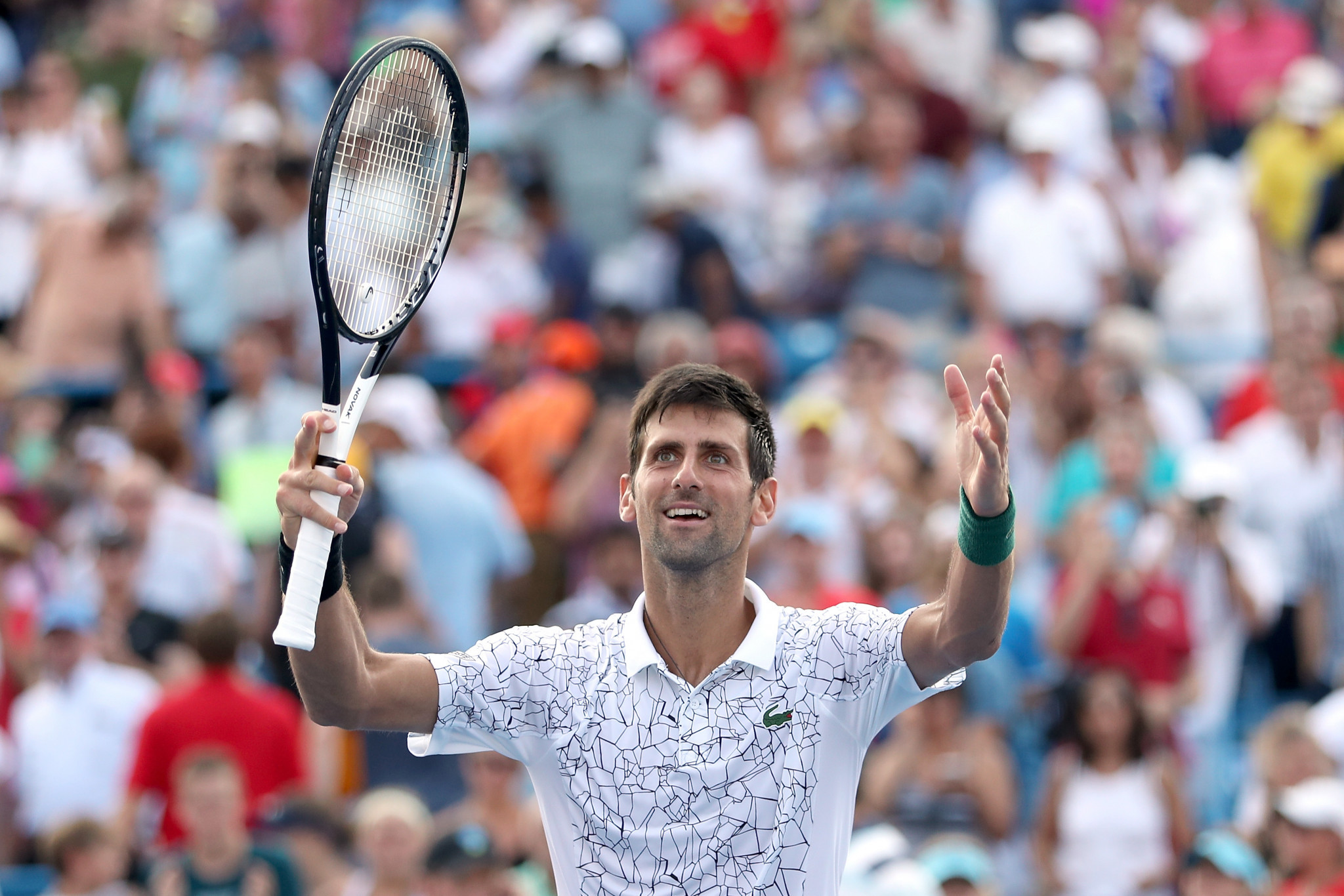 Serbia’s Novak Djokovic, who earned his first Grand Slam title in more than two years when he triumphed at Wimbledon in July, is favourite to win the US Open that starts at Flushing Meadows tomorrow.

The 31-year-old Djokovic, who now has 13 Grand Slam titles to his name, lost form two years ago amid injuries and personal issues, and arrived at Wimbledon seeded 12th after having his year undermined by a persistent elbow problem.

But Djokovic now looks like the player who dominated the men's game earlier this decade, holding the number one ranking for a record 223 weeks and completing a career Grand Slam.

Last week he became the first player to win all nine Association of Tennis Professionals Masters 1000 events by beating Roger Federer in the final of the Cincinnati Masters.

For the 37-year-old Swiss player, world number two and winner of 20 Grand Slams, Cincinnati was his first tournament since Wimbledon, where he reached the quarter-finals, and he has been husbanding his resources to maximise his impact at the events that are important to him.

World number one Rafael Nadal, 32, who was narrowly beaten by Djokovic in the Wimbledon semi-finals, dropped out of Cincinnati saying that he wanted to rest his body for the US Open, where he will be defending champion having beaten Kevin Anderson last year to win his third title in New York.

The last member of the “Big Four” of recent years, Britain’s Andy Murray, has had his long injury lay-off to deal with and has struggled to return to fitness following a hip problem that required surgery.

Having decided not to risk himself at Wimbledon, the 31-year-old is making his Grand Slam return.

The former world number one, now ranked 378th in the world, has prepared by playing the Washington and Cincinatti tournaments, winning three rounds in the first but losing in the first round at the second.

Argentina’s Juan Martin Del Potro, world-ranked number three, won the US Open as a 20-year-old in 2009 but his career since then has been seriously challenged by severe wrist injuries that have left him having to box clever in his play.

But Del Potro, beaten by Nadal in the Wimbledon quarter-finals, is always a danger, as is Croatia’s Marin Cilic, who won this title in 2014.

Williams, bidding for a seventh US Open title, has said she believes she is only at the start of a “long comeback” having suffered serious health issues after giving birth to daughter Olympia last September.

The 36-year-old reached the Wimbledon final in July, which she lost to Germany’s Angelique Kerber, and is ranked 17th for this tournament.

"I'm not going in there thinking I'm going to lose," she said.

"That's not being Serena.

"That's being someone else.”

Williams' 25-year-old US compatriot Sloane Stephens, ranked third in the world, is aiming to become only the fourth woman to retain this title since 2000, after Serena and her sister Venus, plus Belgian Kim Clijsters.

World number one Simona Halep, beaten in last year’s final, has since lifted her first Grand Slam trophy at the French Open.

However the Romanian's preparation has been disrupted by a heel injury.

Like Halep, world number two Caroline Wozniacki won her first Slam this year - with victory at the Australian Open in January - but unlike Halep, she has been unable to push on.

An early exit at Wimbledon has been followed by a knee injury that has hampered her US preparations.

Kerber, who has moved back into top form at the age of 30, looks ready to challenge hard for a crown she won in 2016.