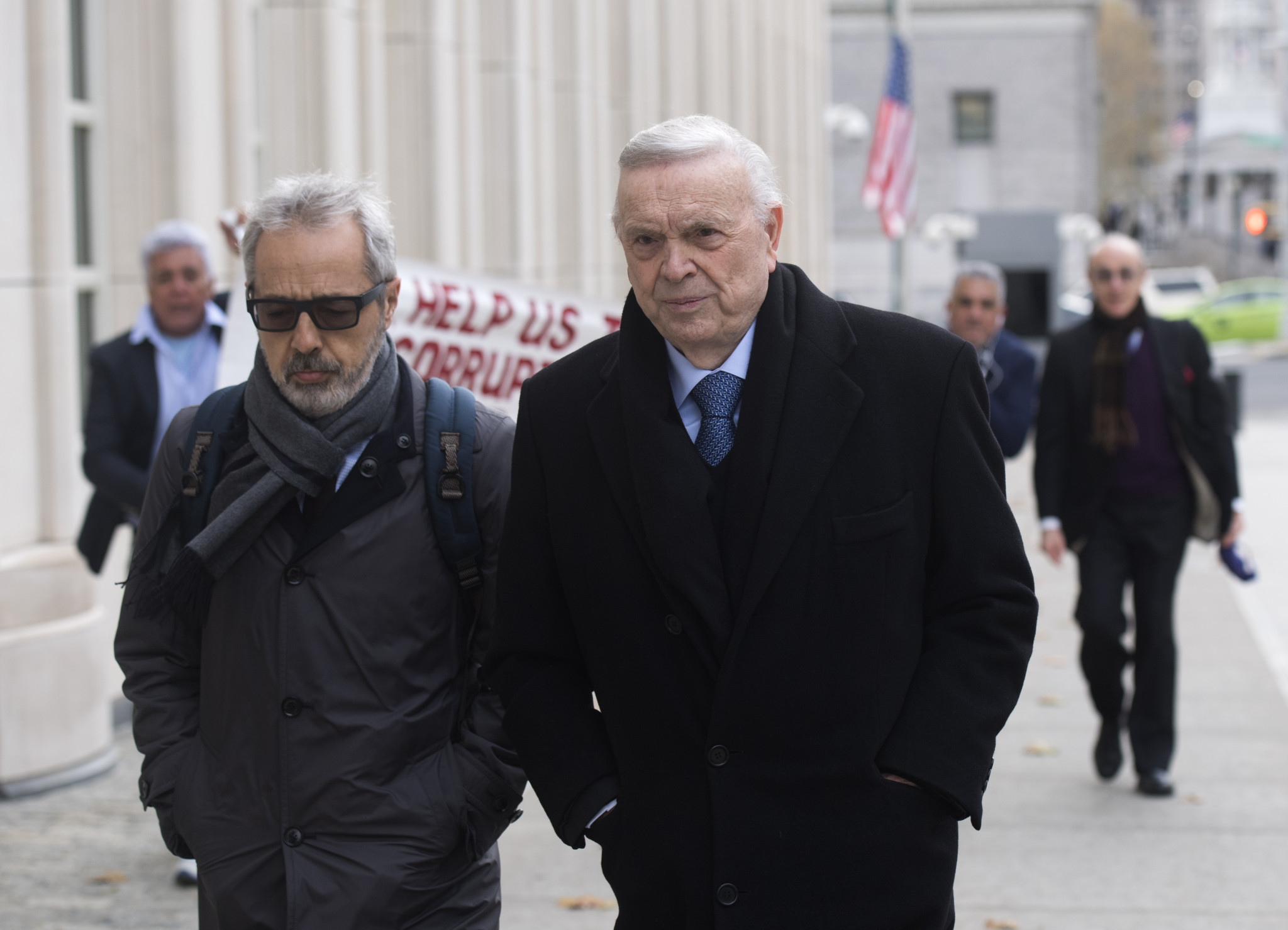 The 86-year-old was given the jail term by Judge Pamela Chen at the Brooklyn Federal Court.

Former FIFA vice-president Juan Angel Napout, convicted along with Marin in December, will learn his fate at a later date.

Prosecutors were seeking a 10-year sentence for Marin, who reportedly wept as Chen read out his sentence.

Marin, who served as the head of the CBF for three years from March 2012 to April 2015, has already served 13 months in prison and could be released after 28 months for good behaviour, according to BuzzFeed.

The defence argued the time he had already spent in jail was enough, citing his advanced years and poor health.

Marin was one of the seven high-ranking FIFA officials arrested in dramatic dawn raids on the Baur Au Lac Hotel in Zurich in May 2015.

Marin pleaded not guilty in 2015 and was then released to house arrest before he was put on trial along with Paraguayan Napout last December.

A third official, Peru's Manuel Burga - who caused controversy during the trial after he allegedly made a cut-throat gesture to a witness - was cleared by the jury.

Marin, a former Governor of São Paulo, and Napout were found guilty of accepting millions of dollars in bribes in connection with the sale of marketing and media rights to international matches.

The duo received the money in relation to tournaments including the Copa América and the Copa Libertadores, South America's main club competition.

Napout, Marin and Burga are the only FIFA officials to have pleaded not guilty.