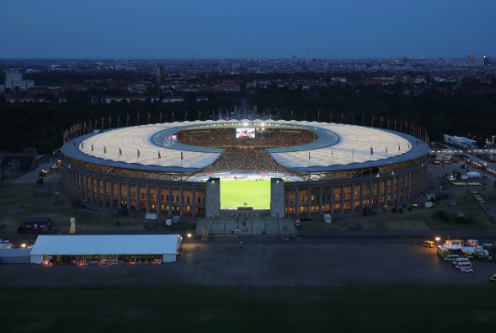 The German state of North Rhine-Westphalia, already planning a potential bid for the 2032 Summer Olympics and Paralympics, today announced an interest in staging the next multi-sport European Championships in 2022.

The success of the inaugural version which ended on Sunday (August 12), jointly hosted by Glasgow and Berlin, has already prompted the latter city to consider applying for the entire event in four years' time.

But sports manager Michael Mronz, who has co-presented an ambitious planning paper on how the 2032 Olympic and Paralympic Games could be shared by 13 cities in the North Rhine-Westphalia region, told the Westdeutsche General newspaper that the 2022 European Championships could take place in several cities as a dress rehearsal.

He added, however: "The organisers must first define which sports should be included in the future."

But there has been debate over whether all of the sports will be included in the next staging of the multi-sport event, with a particular question mark hanging over golf.

Dr Clemens Prokop, President of the Berlin 2018 Organising Committee, has reiterated his belief that Berlin should be the single venue for the next muti-sports European Championships.

"I think in a city, the fascination is even greater," Prokop told Hamburger Abendblatt and the Berliner Morgenpost.

Support for the European Championships concept is clearly strong.

Last week, Hamburg's State Sports Governor Christoph Holstein told the Hamburger Abendblatt that the city would be "very interested" in the idea of staging the 2022 European Championships.

"But the stakeholders want to sustain the momentum of what we have just witnessed, so the aim is that the 2022 hosts are selected in the first part of 2019."