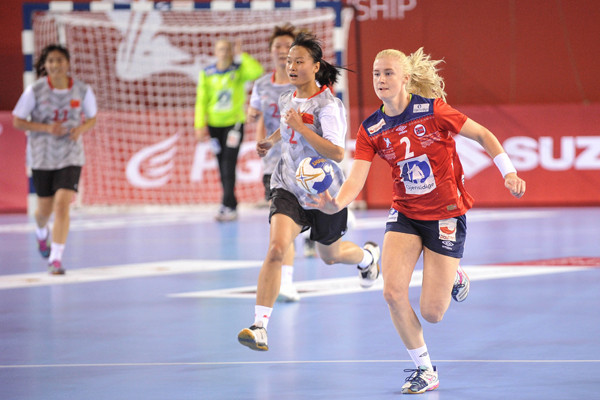 Defending champions Russia were among the winners today as the Women's Youth World Handball Championship began in Polish city Kielce.

Russia, the two-time champions who triumphed in Slovakia in 2016, enjoyed a comfortable 43-14 victory over Argentina in Group C at the International Handball Federation-organised event.

Norway, who finished fourth two years ago, made a good start as they seek to improve upon this performance by defeating China 36-25 elsewhere in the group.

The Netherlands also triumphed 33-30 over Japan.

Matches are being played at the Legionów Hall and Politechnika Hall venues with the nations first divided into four groups of six.

Germany won 26-17 over Austria in Group A today while Romania enjoyed a thrilling 22-21 success over Slovakia.

Hungary also enjoyed a 29-24 success over Sweden in the same group.

The top four countries in each group will all advance to the round-of-16.

The final is due for August 19 at Legionów Hall.