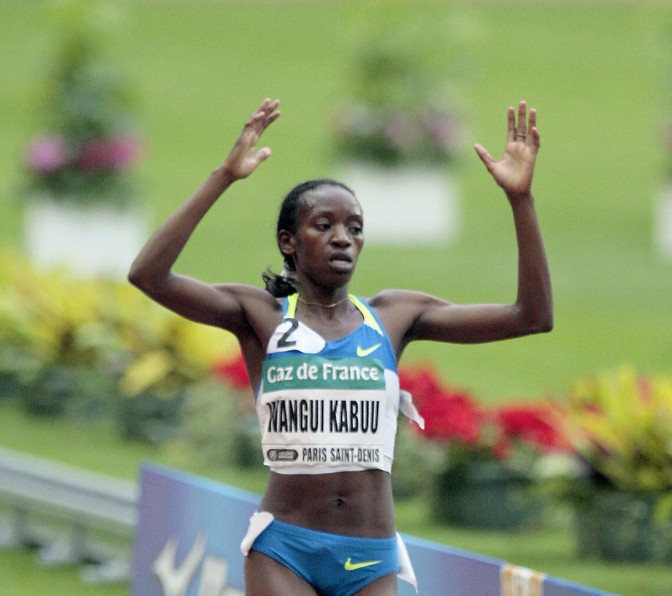 The Athletics Integrity Unit (AIU) announced today that Wangui was provisionally suspended after a failed test for banned narcotic, morphine.

Her best success in recent years has come over the marathon distance, where she set a personal best of 2 hours 19min 34sec in Dubai in 2012.

Wangui had returned to action this year and won the Milan Marathon in April.

#NEWS @AIU_Athletics has issued a Notice of Charge against Lucy Wangui for a violation of Article 2.1 of the Anti-Doping Rules. The #Kenyan #marathon runner is has been Provisionally Suspended from all competition. Find out more https://t.co/Cq4Q2MR0LJ #Athletics #antidoping

"The AIU has issued a Notice of Charge against Lucy Wangui for a violation of Article 2.1 of the Anti-Doping Rules," tweeted the body, who administer all anti-doping matters on behalf of the International Association of Athletics Federations.

"The #Kenyan #marathon runner is has been Provisionally Suspended from all competition."

Mweresa, meanwhile, was dropped from the Kenyan team for this week's African Athletics Championships in Asaba after a reported failure for an unspecified substance.

The 24-year-old, winner of a 400m silver and 4x400m relay gold at the 2015 All-African Games in Brazzaville, reportedly registered the failure at the Kenya Defence Forces Championships in Nairobi.

He competed at this year's Commonwealth Games in Gold Coast, reaching the semi-finals of the 400m.

Mweresa maintains his innocence and has reportedly blamed the failure on a supplement.

Kenya and Ethiopia head a list of nations categorised by the IAAF last month as being the most at risk of doping.

Former Olympic and world 1500 meters champion Asbel Kiprop is among leading Kenyans to have recently failed a drug test for EPO (erythropoietin).

Reigning Olympic steeplechase champion Bahraini Ruth Jebet, who trains and lives and is originally from Kenya, has also been suspended since February following an EPO failure.