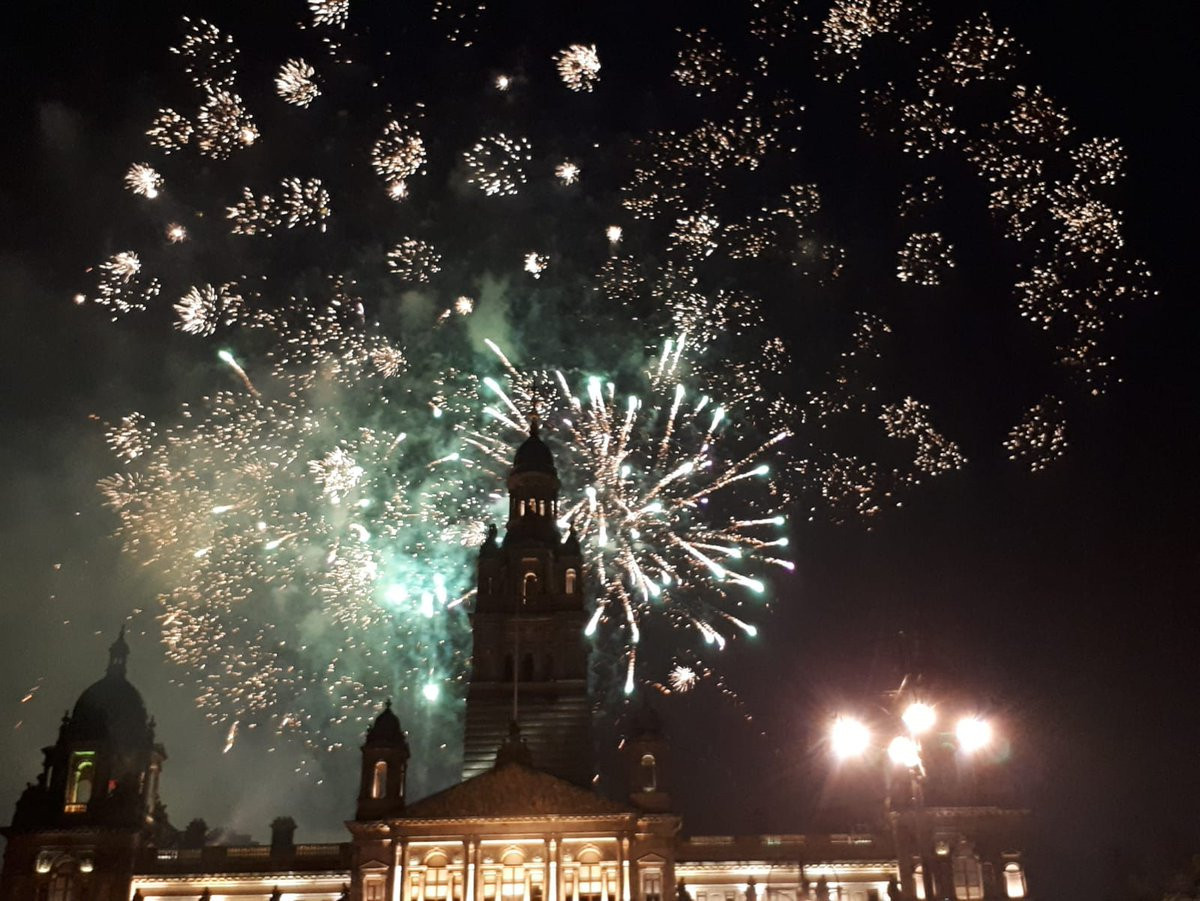 Fireworks lit up a damp Glasgow skyline to mark the opening of the inaugural European Championships here tonight.

The firework show came at the conclusion of an evening of entertainment at George Square dubbed the "Great Big Opening Party".

Organisers stated that the ticketed event was sold out, with the "party" beginning 11 days of cultural activities, as well as sport.

The festivities were opened by Scottish classical musicians The Ayoub Sisters, with performances also coming from Nina Nesbitt.

Elephant Sessions were the final act to perform, with the firework display coming at the conclusion of their set.

Similarly to the Opening Ceremony of a multi-sport Games, a flag parade of all the 52 competing nations at the European Championships also took place during the event.

Scotland’s First Minister Nicola Sturgeon was present at a concert at Glasgow City Chambers to help launch the Championships.

The seven European Federations involved in the first multi-sport European Championships came together earlier in the day to reveal the official trophy.

The trophy will be awarded to the country which has secured the most gold medals by the end of the Championships.

The trophy was crafted from aluminium, and finished with 22 carat gold plate.

It features three handles, which is claimed will allow teams to be able to lift and carry it together in celebration.

Each of the trophy’s three sides feature an identical European Championships emblem and triangular holes designed to reveal the golden interior beneath.

In addition to the trophy, the seven individual sport governing bodies  from the winning nation will be presented with an individual gold ingot.

🏆🌍 introducing the European Championships trophy. It will be awarded to the country which secures the most gold medals by the end of the first ever @euro_champs.

This will take the form of a replica of the gold crown at the top of the trophy, mounted on a plinth of Scottish oak.

The trophy will be presented in Glasgow by European Aquatics President Paolo Barelli, co-chair of the European Championships with his European Athletics counterpart Svein Arne Hansen.

It will be presented in the Scottish city after the conclusion of the final medal event of the Championships, which will come in athletics in Berlin.

Athletics is also part of the European Championships and is the only sport to feature in Berlin.

Rowing, gymnastics and track cycling competition are due to begin tomorrow.