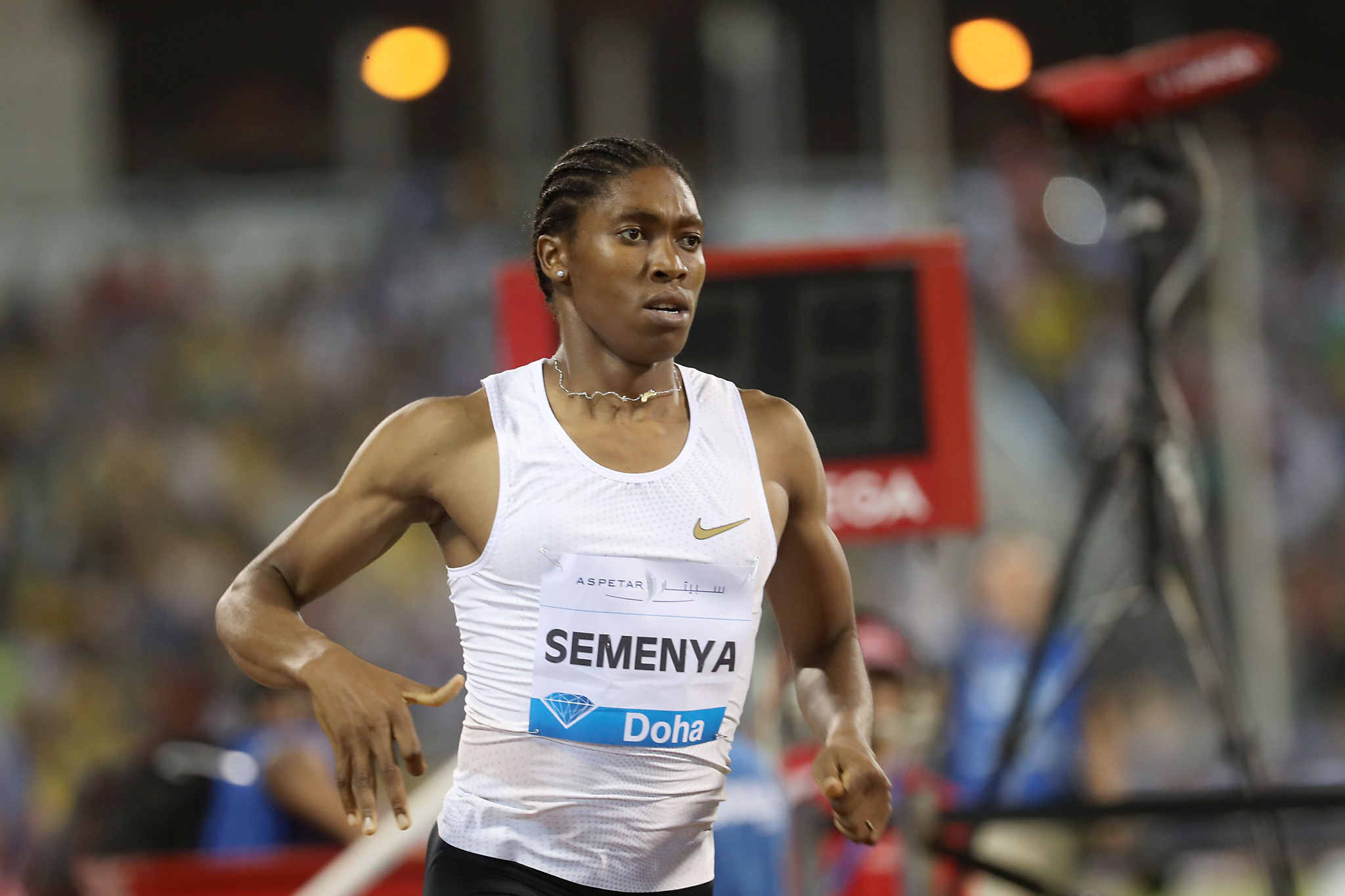 World and Olympic 800 metres champion Caster Semenya will challenge a female classification rule imposed by the International Association of Athletics Federations (IAAF) at the Court of Arbitration for Sport (CAS), her lawyers said today.

Regulations on hyperandrogenism, due to come into effect from November 1, bar female athletes with high levels of testosterone from competing in middle-distance events unless they take medication.

This could have a huge impact on the career of South Africa's Semenya, a double Olympic champion and triple world champion over 800m.

Law firm Norton Rose Fulbright said in a statement that the legal challenge would be filed today at the CAS in Lausanne.

"Ms Semenya, like all athletes, is entitled to compete the way she was born without being obliged to alter her body by any medical means," Norton Rose Fulbright said.

The South African Sports Confederation and Olympic Committee (SASCOC) confirmed last month it had begun its groundwork to challenge the IAAF rules on testosterone in defence of Semenya.

SASCOC President Gideon Sam said that the "process to challenge" the IAAF had started following a meeting of the national governing body's Medical Commission.

Legal experts and high-ranking Government officials from the Department of Sport and Recreation attended the discussions.

The new IAAF rules state that female athletes who have a difference of sexual development with circulating testosterone levels of five nmol/L or above and who are androgen-sensitive, such as Semenya, must either restrict their levels to five nmol/L through medication or look to compete in male events.

"I just want to run naturally, the way I was born," Semenya, a gold medallist in the 800m and 1,500m at the Gold Coast 2018 Commonwealth Games in April, was quoted as saying in the Norton Rose Fulbright statement.

"It is not fair that I am told I must change.

"It is not fair that people question who I am.

"I am Mokgadi Caster Semenya.

Semenya's 800m victory as an 18-year-old at the 2009 IAAF World Championships was preceded by her having to undergo a sex test.

The IAAF's hyperandrogenism regulations were first put in place in May 2011.

The regulations stated that female athletes who naturally produced 10 nmol/L levels of testosterone were not eligible to compete in the female category and needed to take androgen-suppressive drugs to resume competition.

Indian sprinter Dutee Chand successfully appealed to the CAS against her exclusion from the 2014 Commonwealth Games in Glasgow under the hyperandrogenism ruling, however.

She claimed the rules discriminated unfairly against women who naturally produced high levels of testosterone, a hormone that increases muscle mass, strength and haemoglobin, which affects endurance.

In July 2015, the CAS put the burden of proof back onto the IAAF to show that higher levels of testosterone improved performance levels in women, giving them two years to do so.

After an extension of six months, the IAAF responded with scientific arguments that were particularly clear in the middle-distance range of events currently included in their new rules.

In a statement sent to insidethegames, the IAAF said: "Sex differences in physical attributes such as muscle size and strength and circulating haemoglobin levels give male athletes an insurmountable competitive advantage over female athletes in sports where size, strength and power matter.

"These advantages (which translate, in athletics, to an average 10 to 12 per cent performance difference across all disciplines) make competition between men and women as meaningless and unfair as an adult competing against a child or a heavyweight boxer competing against a flyweight.

"Only men would qualify for elite-level competition; the best female athlete would not come close to qualifying.

"The evidence gathered by the experts consulted by the IAAF (both peer-reviewed research and observational data from the field) suggests that having levels of circulating testosterone in the normal male range rather than in the normal female range, and being androgen-sensitive gives a female DSD athlete a performance advantage of approximately five to six per cent over a female athlete with testosterone levels in the normal female range (which is an enormous difference in events where milliseconds count).

"The effects are most clearly seen in races over distances between 400m and one mile, where the combination of increased lean body mass and elevated circulating haemoglobin appears to have the greatest combined impact.

"We stand ready to defend the new regulations at the Court of Arbitration should we be asked to do so."