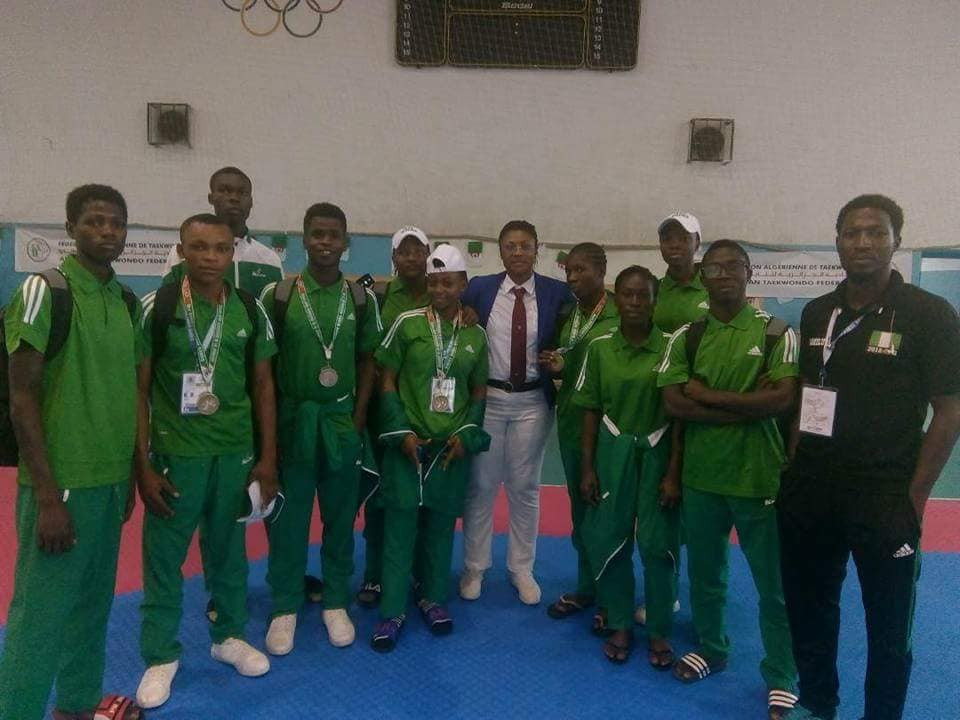 The country sent 10 athletes - five male and five female - to compete at the multi-sport event in Algeria's capital Algiers.

Binga thanked the team for their "huge efforts" and pledged to unearth more opportunities for young Nigerian taekwondo players.

"Investing in our young taekwondo population is our priority," she said.

"It is not only the right thing to do, but the only way forward."

Chika Chukwumerije is the only Nigerian to win an Olympic taekwondo medal.

He claimed bronze in the over-80 kilograms division at Beijing 2008.