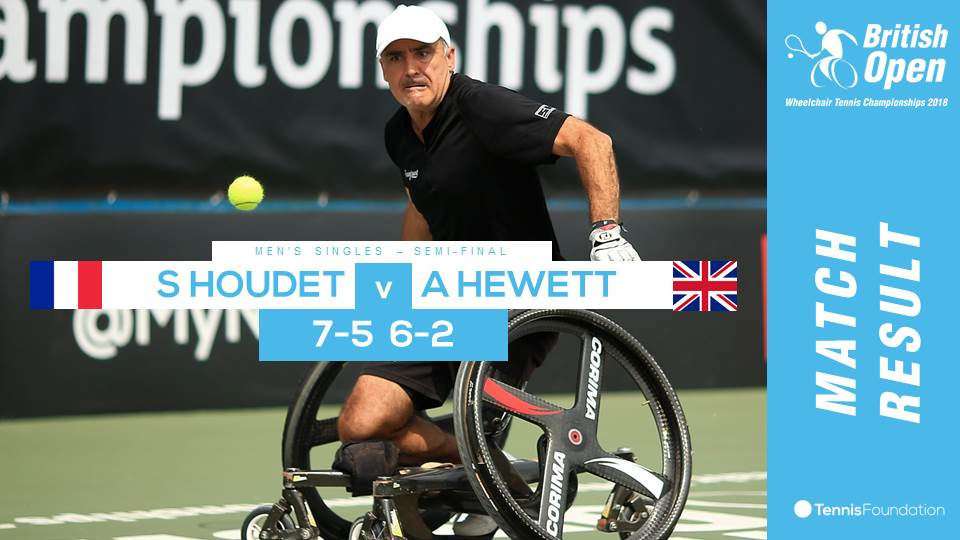 Britain’s Andy Lapthorne is through to the men’s quad singles final at the British Open Wheelchair Tennis Championships on a day which saw play repeatedly suspended for rain.

The other Briton in men’s singles action today was Alfie Hewett, who could not match Lapthorne’s feat.

Hewett was knocked out by Frenchman Stephane Houdet 7-5, 6-2, despite being seeded two places higher.

In the women’s singles, Dutchwoman Diede de Groot, the number one seed, will play the number two seed Yji Kamiji from Japan in the final after they each won their last four ties today.

De Groot saw off Sabine Ellerbrock from Germany with a comfortable 6-2, 6-1 win in a match that was temporarily stopped due to rain after one set.

The final match on centre court was Shingo Kunieda from Japan against Argentina’s Gustavo Fernandez.

The winner will play Houdet in the final of the men’s singles but the match was suspended for rain shortly after it began.

Due to its already late start, the contest was not able to continue.

It will now be finished tomorrow instead.