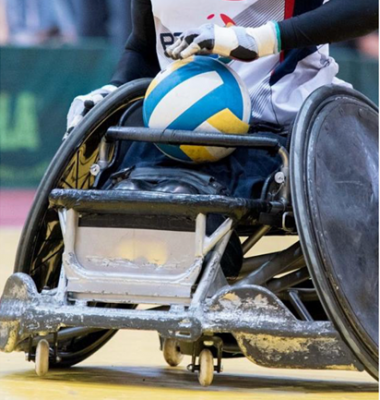 The International Wheelchair Rugby Federation (IWRF) has announced that the recently published revision to the ball holder rule will be rescinded for its 2018 World Championship in Sydney, and replaced by the previous rule.

The decision comes as a result of a meeting held between the IWRF, chair manufacturers, athletes and the IWRF Technical Commission.

After the World Championship, which is due to take place from August 5 to 10, a working group will be established to work through the definition of a ball holder for the sport of wheelchair rugby.

The rule to enforced at the event states that players may use additional devices to support the ball and that this support must be level with or higher than the seat frame.

Officials have been instructed to be vigilant on the 75 per cent of the ball available to be played.

The Technical Commission also advises teams that if 75 per cent of the ball is not available to be played, the chair is illegal and a team may protest it.

If the protest is upheld, the chair will be removed from the game and cannot return until checked by the referee at a quarter-break or half-time.

World Championship matches will be played at the Quaycentre at the Sydney Olympic Park.

Hosts Australia, the Rio 2016 Paralympic gold medallists, will be looking to defend the world title they won in Odense in Denmark in 2014.

They will play in Pool A with Japan, Sweden, New Zealand, Denmark and Ireland.