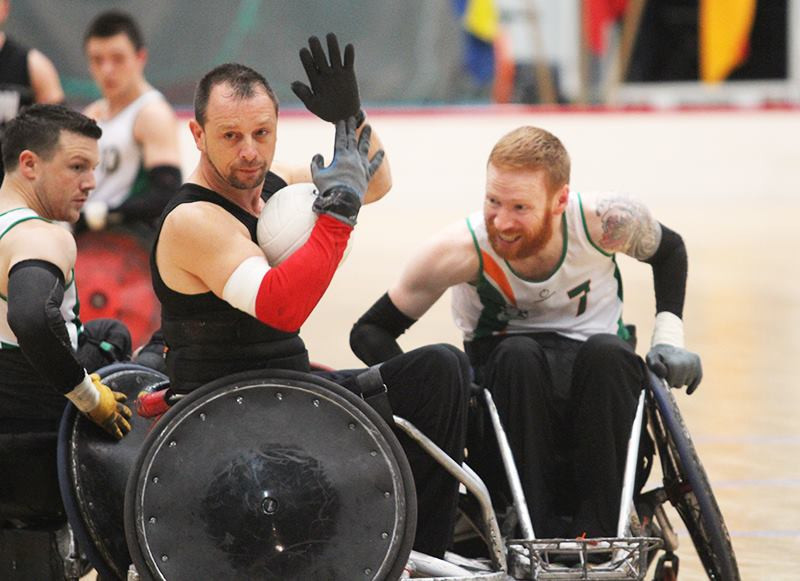 Ireland's Alan Lynch has been handed a two-year suspension by the International Wheelchair Rugby Federation (IWRF) for violating classification rules.

Lynch, the Irish team captain since 2007, has been accused of "intentional misrepresentation", which occurs when an athlete "deliberately conceals" or "misrepresents their skills and abilities or the nature or degree of their impairment" in an effort to deceive classification personnel during or after classification.

An IWRF investigation ruled that Lynch had "deliberately concealed his functional abilities from IWRF classifiers during the classification evaluation process".

A release revealed that he had waived his right to a hearing and accepted the imposed sanction.

"An athlete who conceals their physical function from classification personnel, in order to be assigned to a lower sport class, is committing a serious violation," IWRF chief executive Eron Main said.

"IWRF takes this very seriously, and we are taking ongoing steps to investigate potential cases of intentional misrepresentation.

"This is absolutely necessary to ensure a fair and level playing field for all wheelchair rugby athletes."

The two-year suspension was awarded in accordance with the International Paralympic Committee’s Athlete Classification Code.

insidethegames has contacted Irish Wheelchair Rugby for a further explanation.

A biography of Lynch of their website claimed that a fall from a tree in 1997 left him an incomplete quadriplegic and he spent 16 months in rehabilitation before using sport to recover.

Classification remain a source of controversy in Paralympic sport but there are relatively few cases of proven intentional misrepresentation.

The most infamous case came at the 2000 Paralympics in Sydney when the Spanish wheelchair basketball team were stripped of their intellectual disability gold medal after they were found that 10 of the 12-strong squad had no disability.