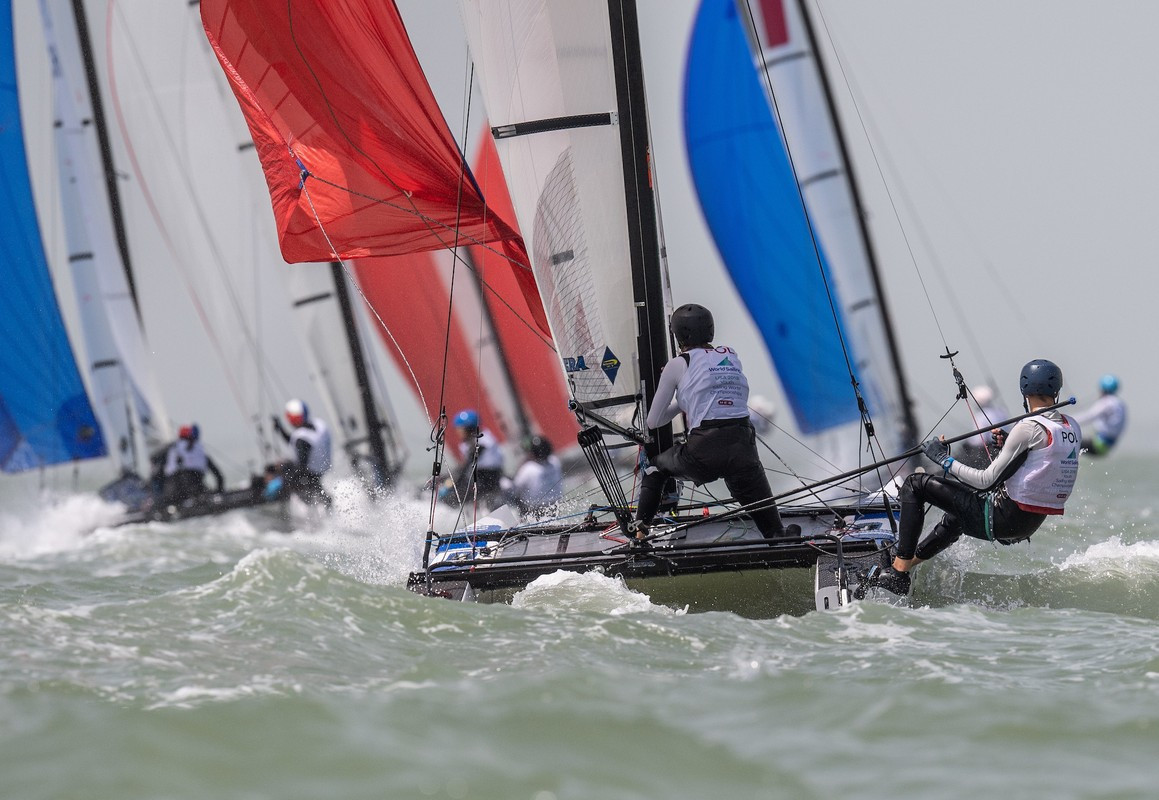 Argentina’s Teresa Romairone and Dante Cittadini have taken a comfortable lead in the Nacra 15 open multihull class at the 48 Youth Sailing World Championships in Texas today, winning all three races on the schedule.

Romairone and Cittadini finished the day with the low score of eight points, giving them an impressive 13-point lead over Germany’s Silas Mühle and Romy Mackenbrock in Corpus Christi Bay.

The Germans have the same number of points as Belgium’s Henri Demesmaeker and Frederique van Eupen, though they hold the tiebreak advantage with two first-place finishes in comparison to their rivals one.

It was the Argentinian's, though, that dominated the day.

"I think we managed to have good speed and to be consistent," said Romairone.

"We didn't have great starts but we were fast and played the gusts well."

Romairone only switched to the Nacra 15 class this year, having sailed in the 29er class at last year’s Youth World Championships.

After two days of racing now, with between four and six races completed in each class, the top three in many fields are beginning to separate themselves from the rest of the pack.

Other impressive performances today came from Norway’s Mathias Berthet and Alexander Franks-Plenty, who took the lead in the boys’ 29er class by finishing second, first and first in today’s races.

They now have the low score of 11 points and lead the New Zealand pair of Seb Lardies and Scott Mckenzie by five.

In the girls’ 420 class the reigning champions , Carmen and Emma Cowles from the United States still lead by four points, having recorded three first place finishes so far.

The twins won the event last year by 26 points, counting all first and second place finishes.

They are not the only American’s in the lead on home soil either.