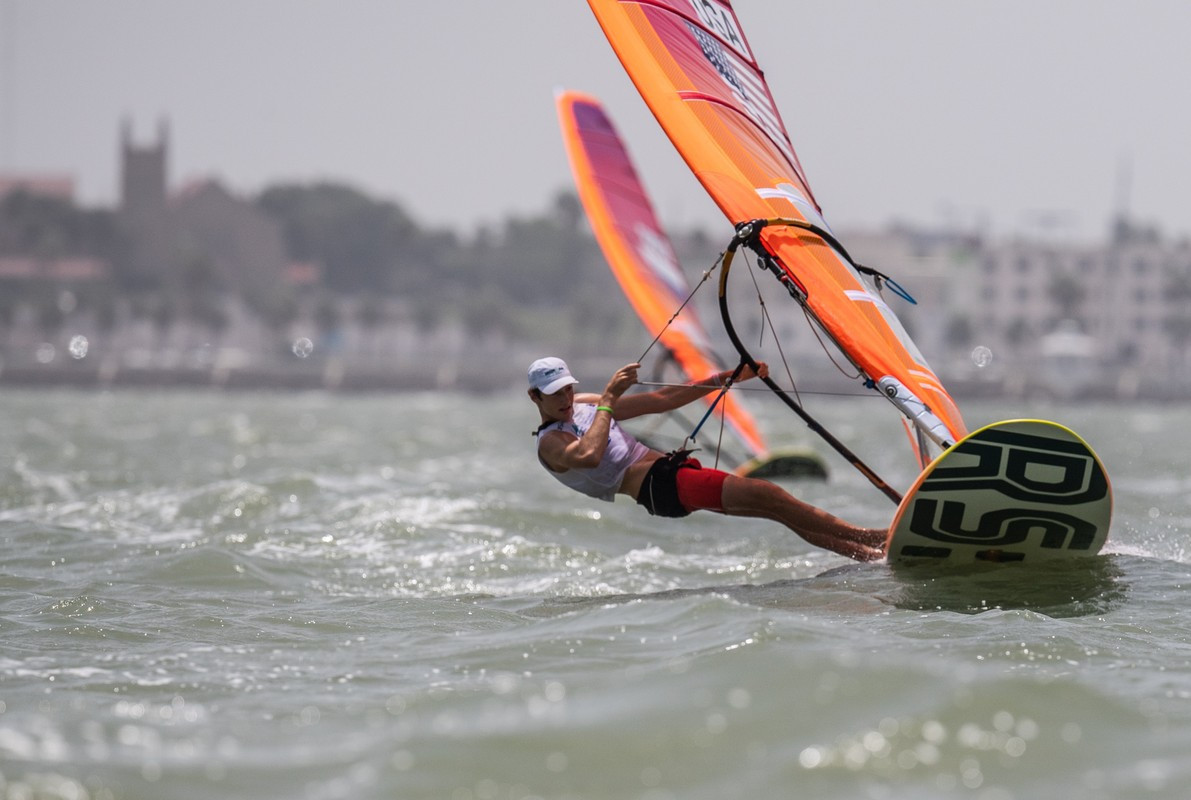 The United states lead in three classes at the 2018 World Youth Sailing Championships after day one, with the event being held in America for the first time in 30 years.

Teenagers from the US lead in the boys RS:X windsurfing class and both the boys and girls 420 classes after a day which saw all 23 scheduled races go ahead in blustery south-easterly conditions in Corpus Christi in Texas.

The most impressive performance from an American point of view came from 18-year-old Geronimo Nores in the boys RS:X class.

Nores sits top of the standings on just two points after the first three races, having won all three.

He has only two points as each competitor has their worst score - or in Nores’ case just a score - discarded after the first three races.

Nores admitted he was "surprised" by his performance.

“It was a combination of good wind, being well rested and energised and sailing well,” he said.

Nores was diagnosed with severe diabetes a year ago, while racing in France.

His condition means he has often lacked the energy needed to race.

The chasing pack behind Nores in the boys RS:X class is tightly bunched.

Nicolo Renna from Italy sits second on four points, Alexander Przychodzen from Poland is third with seven and France’s Fabien Pianazza has eight points in fourth.

The Americans have also finished day one top of the boys 420 class.

JC Hermus and Walter Henry lead by five points there, but the chasing pack behind them is also very tightly bunched.

The last American team to be leading after the first day is Carmen and Emma Cowles, the sisters, in the girls 420 category.

They won the Championships last year and have continued their good form in Texas, winning both races in that class today.

They are being chased by Great Britain’s Vita Heathcote and Emilia Boyle, Spain’s Julia Minana Delham and Silica Sebastia Borso di Carminati and Switzerland’s Salene Mariani and Maude Schmid, who all have six points.

The girls’ and boys’ 29er classes are being led by Norway’s Pia Andersen and Nara Edland and Australia’s Henry Larkings and Miles Davey respectively.

The nacre 15 class is currently led by Germany’s pair of Silas Muhle and Romy Mackenbrock, who have two points after their first three races.

Sailing is due to continue tomorrow.