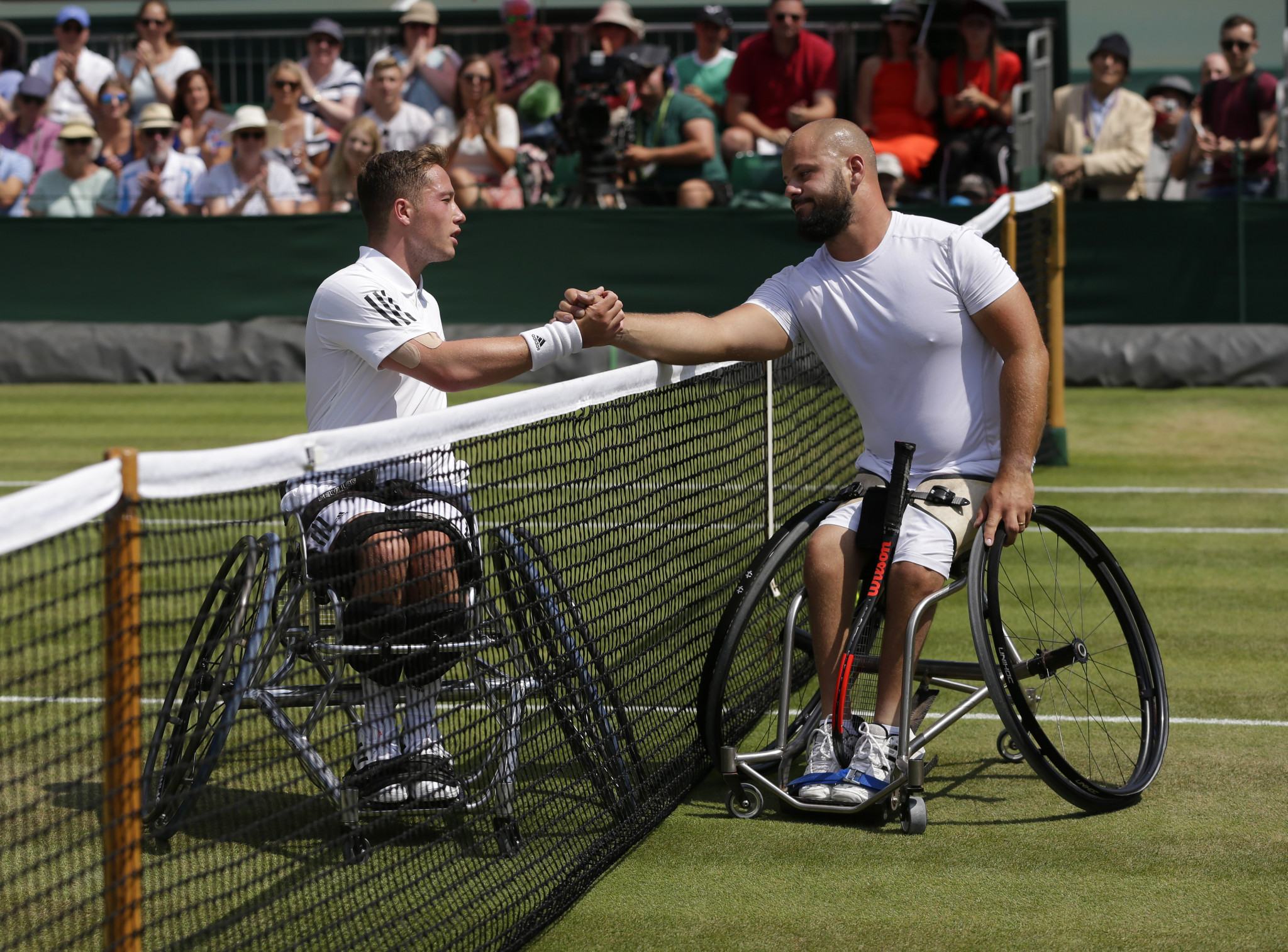 A day after the fall of the top seed Shingo Kunieda of Japan in the men's wheelchair singles at Wimbledon, the second seed - home player Alfie Hewitt - has made his exit.

The 20-year-old Briton was beaten 6-2, 6-4 in the semi-final on Court 17 at the All England Club by Sweden's defending champion Stefan Olsson.

As with the women's singles final, the men's wheelchair final will be an action replay as Olsson's opponent will be Argentina's Gustavo Fernandez, whom he beat to the grass court Grand Slam title last year.

Fernandez, who knocked out Kunieda in the quarter-finals, today earned a hard-won 6-1, 4-6, 6-2 win over Germany's Joachim Gerard, who had beaten Britain's 2016 Wimbledon winner Gordon Reid in the previous round.

Elsewhere, top seed Diede de Groot of The Netherlands is now just one match away from defending her women's wheelchair singles title having won her semi-final against South Africa's Kgothatso Montjane 6-1, 7-5.

De Groot's opponent in the final will be compatriot Aniek van Koot, who came through a hugely competitive semi-final against Japan's Yui Kamiji.

Van Koot, a former world number one, beat Britain's Lucy Shuker in the quarter-finals, while Kamiji had advanced with victory over the third Dutchwoman in the main draw, Marjolein Buis.