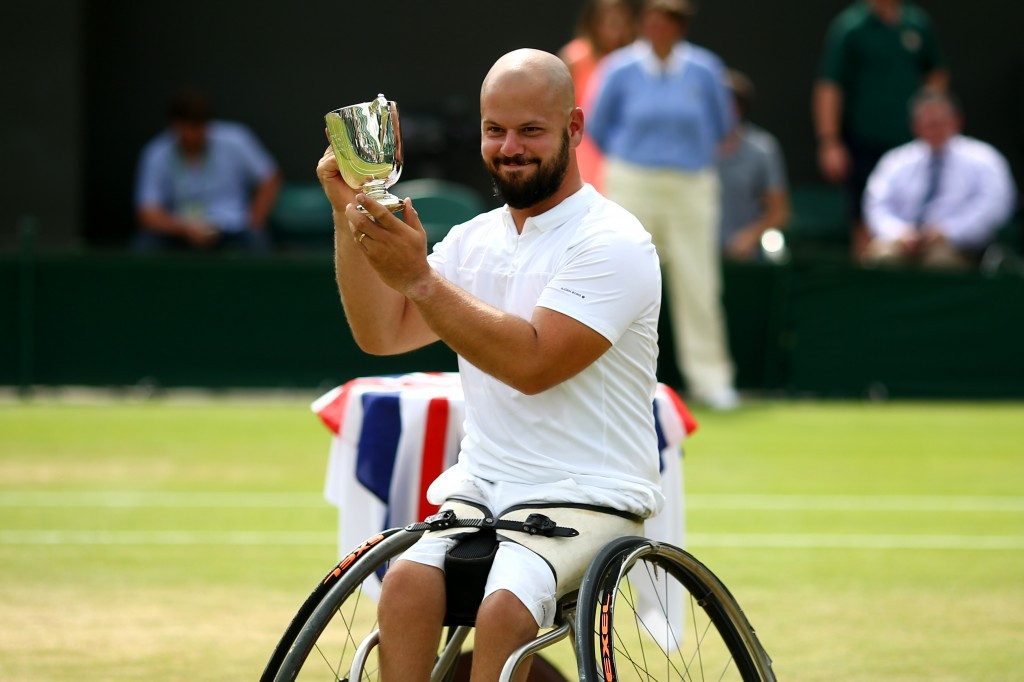 But he brought that unwanted run to an end today.

"It’s the best feeling in the world," the Swede, who beat Reid on Friday (July 14) in the first round, said of his victory.

Olsson believes the birth of his son Vincenzo in January, the day he was set to leave for the Australian Open, has had a positive influence on his game.

"I’m stronger in my head than I’ve been before," he said.

"I actually think it’s the little one who has helped a lot there, taken away the pressure.

"The baby has put everything in perspective - tennis is great, but there’s something bigger out there.

"It’s only the last two or three years I’ve been able to stay at the same level a little bit more.

"I’ve improved, not only tennis-wise but also mentally.

"And the grass, for me, is the perfect surface.

"I love the grass, where I can hit the slice more."

The other wheelchair tennis final taking place today was that in the women’s doubles competition as Britain’s Jordanne Whiley and Japan’s Yui Kamiji recovered from a set down to clinch a fourth consecutive crown.

Whiley, who was sidelined by a fractured wrist for eight months late last year, said her latest triumph is "by far the most special" for her.

"I would do anything for Yui.

"I would try my hardest for Yui and I know she would do the same.

"That's what makes it such a special doubles team."

Defeat for De Groot came just a day after she had won the women’s singles wheelchair title with a 6-0, 6-4 win over Germany's Sabine Ellerbrock.