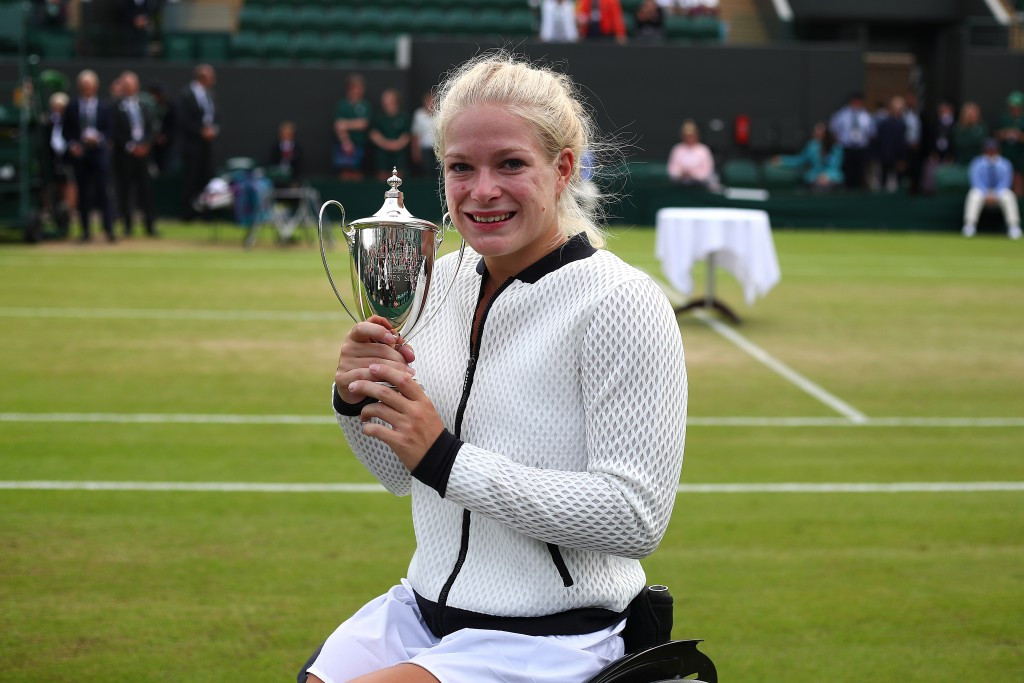 The 20-year-old dominated on the grass at the All England Club, winning 6-0, 6-4 against her 41-year-old opponent.

De Groot won a silver medal in the women's doubles alongside Marjolein Buis at the Rio 2016 Olympic Games, and has now claimed a first major singles title.

Ellerbock reached the final after having her right lower leg amputated in an effort to halt her pain only five months ago.

In the men's doubles final there were home winners as Gordon Reid and Alfie Hewett defended their title.

In a repeat of last year's final, the British pair beat Nicolas Peifer and Stephane Houdet of France 6-7, 7-5, 7-6 in a marathon affair.

Rain stopped play for two hours after the French duo, who beat their opponents in the Rio 2016 Paralympic final, had won the first set.

Reid, the Rio singles champion, and Hewett were able to put their singles disappointments at Wimbledon this year behind them as they fought back to win.

"We don't like to do it the easy way," said Reid to the BBC.

"The match was played in a great spirit and look at this crowd - they were amazing."

De Groot will also aim to add a second title in the women's doubles, where she will partner Buis.

They will play defending champions Jordanne Whiley of Britain and Japan's Yui Kamiji.