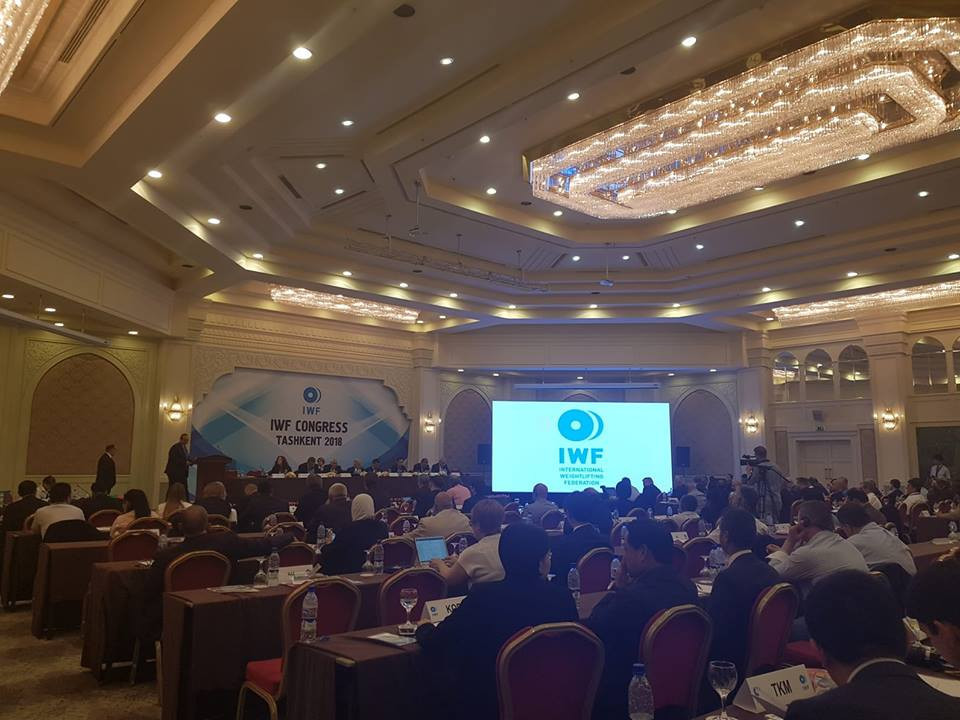 The 10 categories mark an increase on the eight previously used for both genders at IWF events.

They were submitted to the Congress for ratification and have been unanimously accepted.

Seven of the men's categories and seven of the women's were also approved for the 2020 Olympic Games in Tokyo and have been accepted.

Aján also confirmed that a World Championships will be held in 2020 for the three men’s and women’s categories not on the Tokyo 2020 programme.

Weightlifting World Championships are not normally held in Olympic years.

"Just yesterday, the [IWF] Executive Board decided the three categories, which is three events for men and women, will have World Championships organised for them even in the Olympic year," Aján said.

The IWF President went onto reveal that Egypt’s capital Cairo has expressed its willingness to hold the World Championships for the non-Olympic bodyweights alongside the 2020 IWF Junior World Championships, an event the city was awarded yesterday.

"If we don’t organise World Championships, these three categories will slowly reduce and die," he added.

The new categories will be implemented into the revised Tokyo 2020 qualification system, which was also unanimously accepted here today and has the principle aim of "protecting clean sport".

Under the system, athletes will be tested far more often than in the past as they must compete at least six times in the 18-month qualifying period that starts on November 1.

The Working Group was composed of members of the IWF Sport Programme Commission and two representatives from each of the three elected IWF Committees appointed by their respective chair.

It reviewed the wide-range of proposals which had been submitted by the IWF’s stakeholders and also conducted its own comprehensive research.

The categories have remained the same for more than 20 years but have been changed before, most notably in 1973 and 1993.