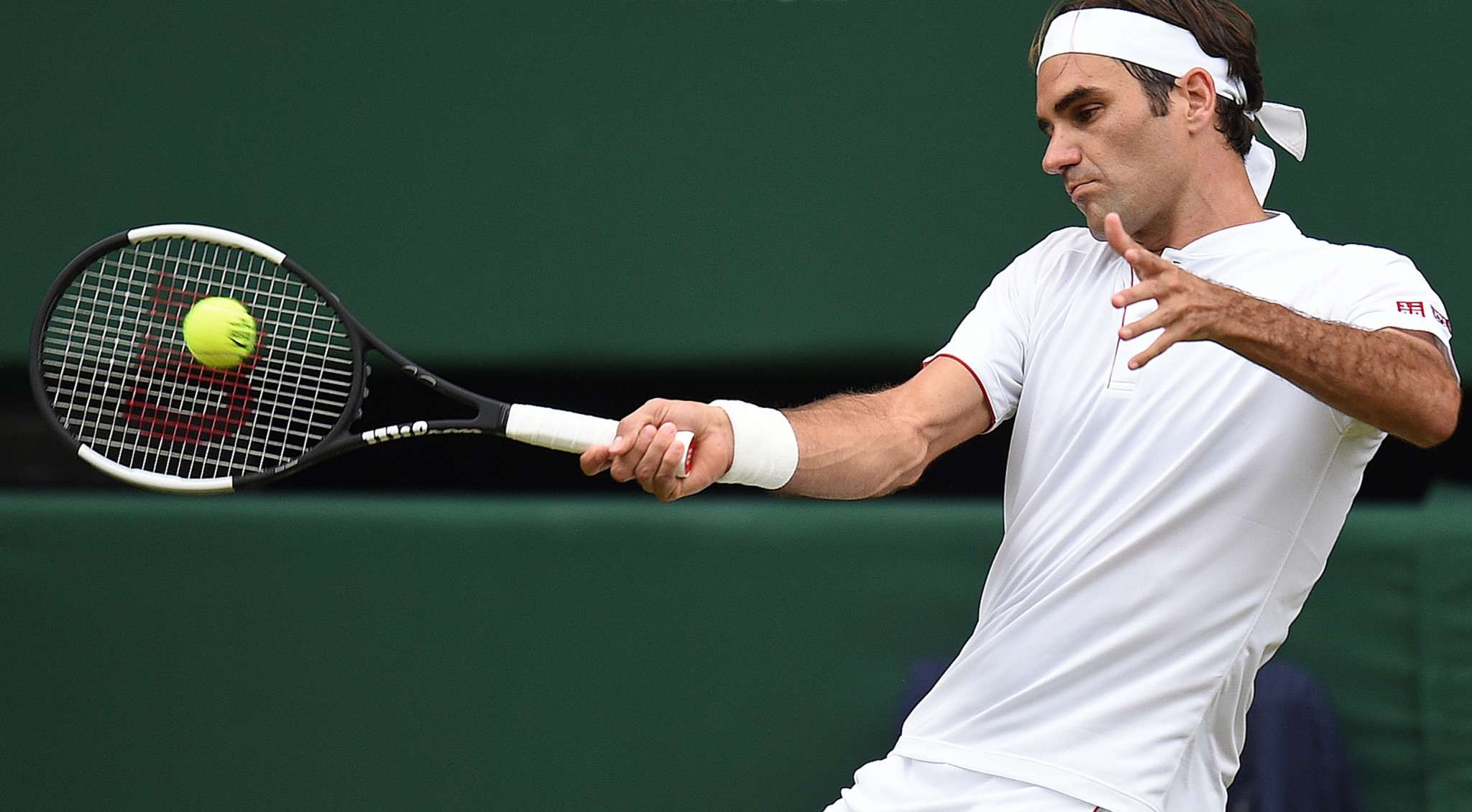 Roger Federer enjoyed another routine Wimbledon victory today to extend his winning record at SW19 to 26 consecutive sets as second seed Caroline Wozniacki crashed out of the women's singles draw.

Eight-time champion Federer barely broke sweat in a 6-4, 6-4, 6-1 success over world number 73 Lukas Lacko of Slovakia in the third Grand Slam of the year.

The Swiss did not face a single break point and hit 48 winners despite facing an in form opponent who reached the Eastbourne final last week.

"I am happy how I am hitting the ball, good concentration on my service games and I'm able to mix it up with some slices and coming over on returns," Federer told BBC Sport afterwards.

"You can control service games more than return games, but most important is to have fun as well.

"Of course, you have to play the percentages, but if you do that too much it becomes boring - so I like to mix it up.

"That worked out well for me today."

Serena Williams was a comfortable 6-1, 6-4 winner over Bulgarian qualifier Viktoriya Tomova in the women's singles as she continues to return to her best after time off to give birth.

But 27-year-old Dane Wozniacki, the winner at Eastbourne last week, crashed out in a 6-4, 1-6, 7-5 defeat to Russia's world number 35 Ekaterina Makarova.

Five of the top eight women's seeds have now exited the competition before the third round.

Wozniacki has never been past the fourth round in her 12 visits to Wimbledon and required insect repellent to tackle a swarm of flying ants during her match.

Azarenka lost 6-3, 6-3 as she returns to regular action after a custody dispute involving her son which restricted her travel.

"The last few years I was waiting for a good result and it still didn't come, maybe this year is the time," Pliskova told BBC Sport.

"I am feeling great.

"I think I was pretty solid and I was really strong on my serve which was really important.

"She also played very well from the baseline, she is always tough to beat."

Action will continue on the grass courts tomorrow.