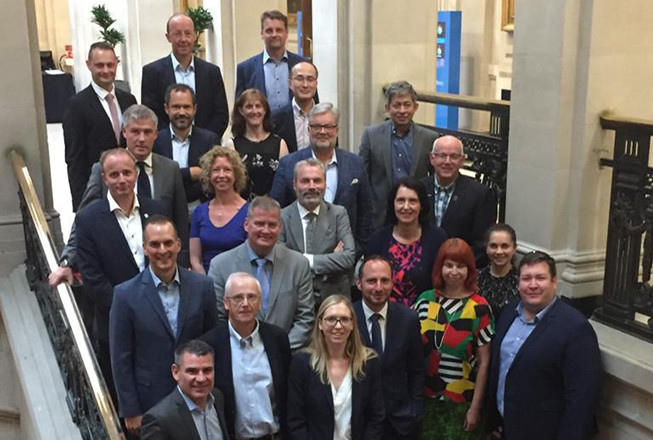 Representatives from 17 National Anti-Doping Organisations (NADOs) have reiterated their belief that Russia should not be declared recompliant with global drug testing rules until they have met all of their conditions for readmission.

This comes after sporting representatives within the World Anti-Doping Agency (WADA) called for the organisation to declare the Russian Anti-Doping Agency (RUSADA) re-compliant at Executive Committee and Foundation Board meetings in Montreal last month despite two outstanding criteria.

The NADOs group, who met in London, also called for an independent review into the way sport has handled the Russian doping crisis in an apparent show of support to Norway's WADA vice-president Linda Helleland.

Helleland made such a proposal at the Executive Committee meeting but it was opposed by sporting representatives and not completely supported by the public authorities.

"On the eve of the FIFA World Cup in Russia, a country which remains non-code compliant, the leaders reiterated their firm position that the WADA road-map must be enforced in its entirety as a condition of Russia's reinstatement," a statement from the NADOs said.

"The Leaders are calling for increased accountability for sports and anti-doping organisations," the statement added.

"It is paramount that good governance and compliance with anti-doping conventions and standards are upheld.

"In the interest of the rights of clean athletes, future sporting programmes must uphold these principles.

"In the aftermath of the Russia doping scandal, a call has been made for an independent review of its handling.

"The leaders strongly support this call.

"Further to the WADA need to consider such a review, the leaders shall provide their input."

The two outstanding criteria consist of accepting the outcomes of the WADA-commissioned McLaren Report and opening the Moscow Laboratory up to WADA inspectors.

WADA's Compliance Review Committee are meeting in Montreal today to assess whether the first point has been met following the sending of a letter from Russian officials last month.

The NADOs also added in a statement following the meeting how it is "crucial that there must be independent athlete representation within WADA decision making bodies, and that the Anti-Doping Charter of Athlete Rights [currently being finalised] be incorporated within the Code".

They did not directly comment on the calls from sporting representatives for the WADA Athletes' Committee to be elected rather than appointed, as they currently are.

The statements comes as a divide continues between sporting and public authority representatives which each wield 50 per cent of WADA power.

Helleland has already vowed to run for President when the term of Sir Craig Reedie expires late next year and insidethegames understands that the International Olympic Committee and its allies are attempting to rally some public authorities figures against her.

This would mean that, so long as the sports world sticks together around a yet-to-be-determined rival, she will have no chance of gaining a majority.