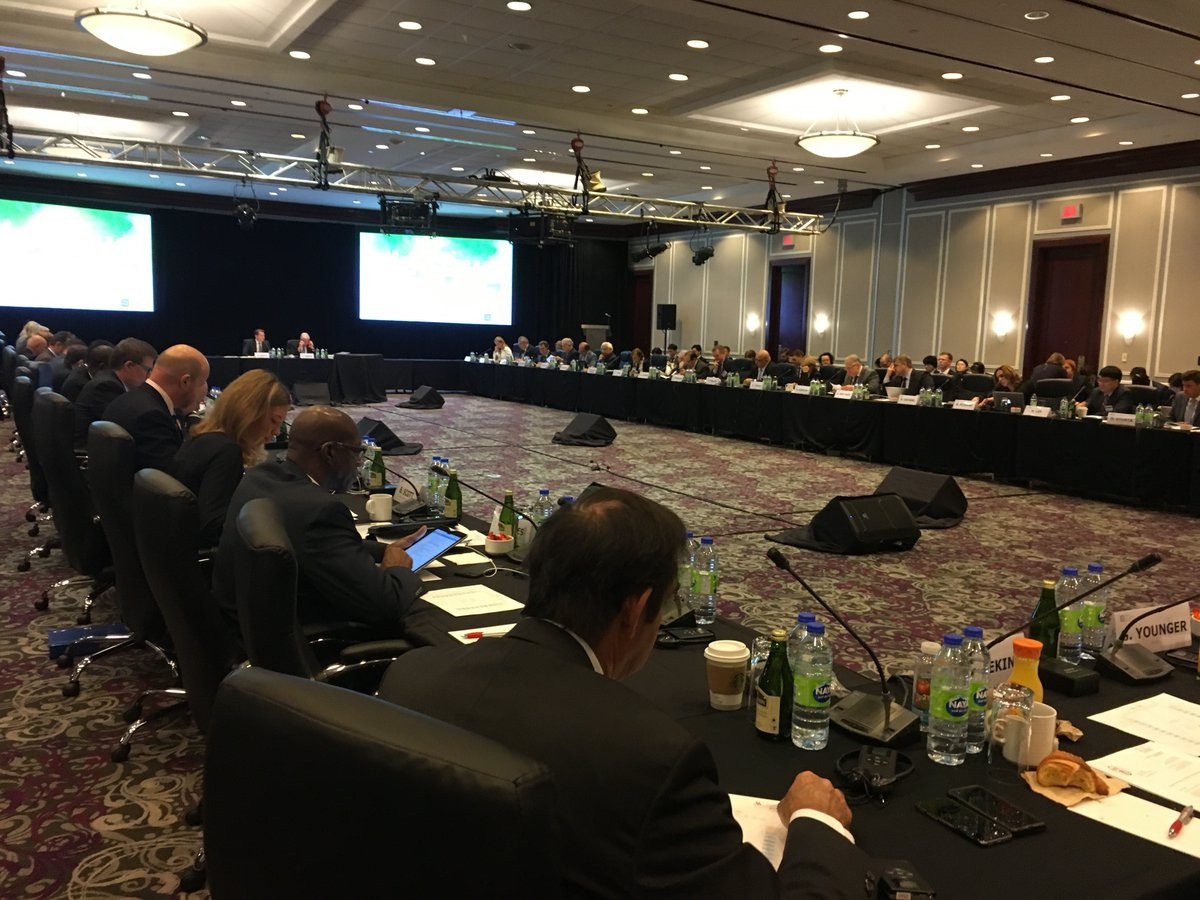 RUSADA's suspension was maintained by the WADA Executive Committee during a fractious meeting here yesterday as they have still not addressed the two remaining requirements.

IOC members and sports representatives lobbied during the meeting for RUSADA to be provisionally reinstated after they insisted the letter addressed the first criteria on the roadmap.

Patrick Baumann told insidethegames here today that Russia "went as far as they can" in accepting the McLaren Report in the letter, which has been passed onto the Compliance Review Committee (CRC) for assessment.

CRC chairman Jonathan Taylor confirmed they would meet on June 14 to discuss the letter.

Taylor promised the CRC would report back as promptly as possible.

The Swiss official, President of the Global Association of International Sports Federations and a WADA Executive Committee member, said the IOC were concerned the two outstanding requirements may never be fulfilled and RUSADA's non-compliance would "drag on and on".

He also cast doubt on the suitability of the second criteria, which deals with access to the sealed off Moscow Laboratory.

Taylor said these comments would be taken to the CRC to see if the condition warrants further discussion.

Public authority representatives disagreed, however, and accused the IOC of trying to change the roadmap and of violating WADA's compliance rules.

Amira El Fadil, the chairperson of the public authorities, said the IOC and the sports movement had not respected the regulations and expressed concern about some of the views and statements made at the Executive Committee meeting.

New Zealand's Clayton Cosgrove also strongly criticised the sports movement, suggesting they were desperate for RUSADA to be reinstated.

Cosgrove claimed officials from the sports world had alleged the IOC felt the CRC were acting as the "judge, jury and executioner" in the case regarding RUSADA, first declared non-compliant in November 2015.

"They were trying to change the roadmap so that the criteria was decoupled," he said at the Foundation Board meeting.

The comments from the public authorities prompted a remarkable exchange, with IOC members and sports officials lining up to oppose the statements given by public authority representatives.

"We don't challenge the roadmap, we question how long we want to follow it," Baumann said.

"What exactly are we asking?

"Are we asking the Head of State to come here and personally apologise?"

The disagreement continued when CRC chairman Jonathan Taylor presented his report and responded to the allegations of political decisions made by IOC members and sports officials.

Taylor dismissed accusations and said he was "disappointed" by the work of the Committee he chairs being called into question.

He also offered to step down if the Executive Committee lost confidence in the ability of the six-member body to carry out its responsibilities.

Baumann, Erdener and Ricci Bitti then repeated their claims and allegations after Taylor spoke.

They suggested the CRC had been influenced in its recommendation that RUSADA remain non-compliant and there were "flaws" in the process.

Erdener added the Committee was "at risk of making political decisions, which it should not do".

Dick Pound, the IOC's most senior member, defended the CRC and said the allegations being bandied around during a heated discussion were "adding no value" to the debate.