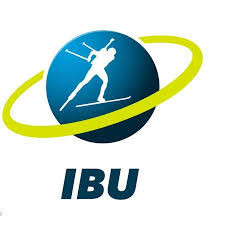 All direct financial payments from the International Olympic Committee (IOC) to the International Biathlon Union (IBU) have been suspended until the embattled organisation meets several demands amid the scandal involving the previous leadership, it was announced today.

The money will not be released to the IBU until the worldwide governing body has adhered to criteria published by the IOC following an Executive Board meeting today.

This includes the election of a new President to replace Anders Besseberg, who stood down in April along with secretary general Nicole Resch after they were was implicated in a criminal investigation which centres on possible doping, fraud and corruption.

Sweden's Olle Dahlin and Latvian Baiba Broka are the two candidates in the running, with the election due to take place at the IBU Congress in the Croatian resort of Poreč from September 5 to 10.

The IOC must also agree with outcomes of reports from the IBU concerning ethics, anti-doping, the Laboratory Information Management System (LIMS) database obtained from the Moscow Laboratory and "related data disclosed by the World Anti-Doping Agency (WADA)", before the direct payments can be unfrozen.

The IBU have been urged to sign up to the Independent Testing Agency (ITA).

Biathlon's worldwide governing body have been given a deadline of September 10 to submit the reports.

The IOC Executive Board will be given a summary of the findings to be considered at its meeting in Buenos Aires on October 3 and 4.

There is no suggestion that biathlon's spot on the Winter Olympic programme is under threat at this stage, although it remains possible that could change when the reports and documents have been submitted to the IOC.

The terms for reinstatement of the funding include the IOC approving the amended code of ethics and the structure of the yet-to-be established IBU Ethics Commission, likely to be officially formed at the Congress.

An audit of the IBU's anti-doping programme, currently being carried out by the Institute of National Anti-Doping Organisations, and its results will also be considered by the IOC, along with "confirmation of related IBU decisions and actions, including a commitment to join the ITA".

The IOC have also asked for a "detailed summary" of the action taken by an IBU working group which is analysing LIMS data with a view to sanctioning athletes involved in Russia's doping scheme.

German broadcaster ARD and newspaper Bild have also reported that a confidential WADA report claims that Besseberg, 72, was offered paid hunting trips and visits to prostitutes while in Russia in an attempt to influence him.

Suggestions of bribery and corruption in the bidding process for the 2021 World Championships, a race controversially won by the Russian city of Tyumen, also emerged following the opening of the criminal investigation.