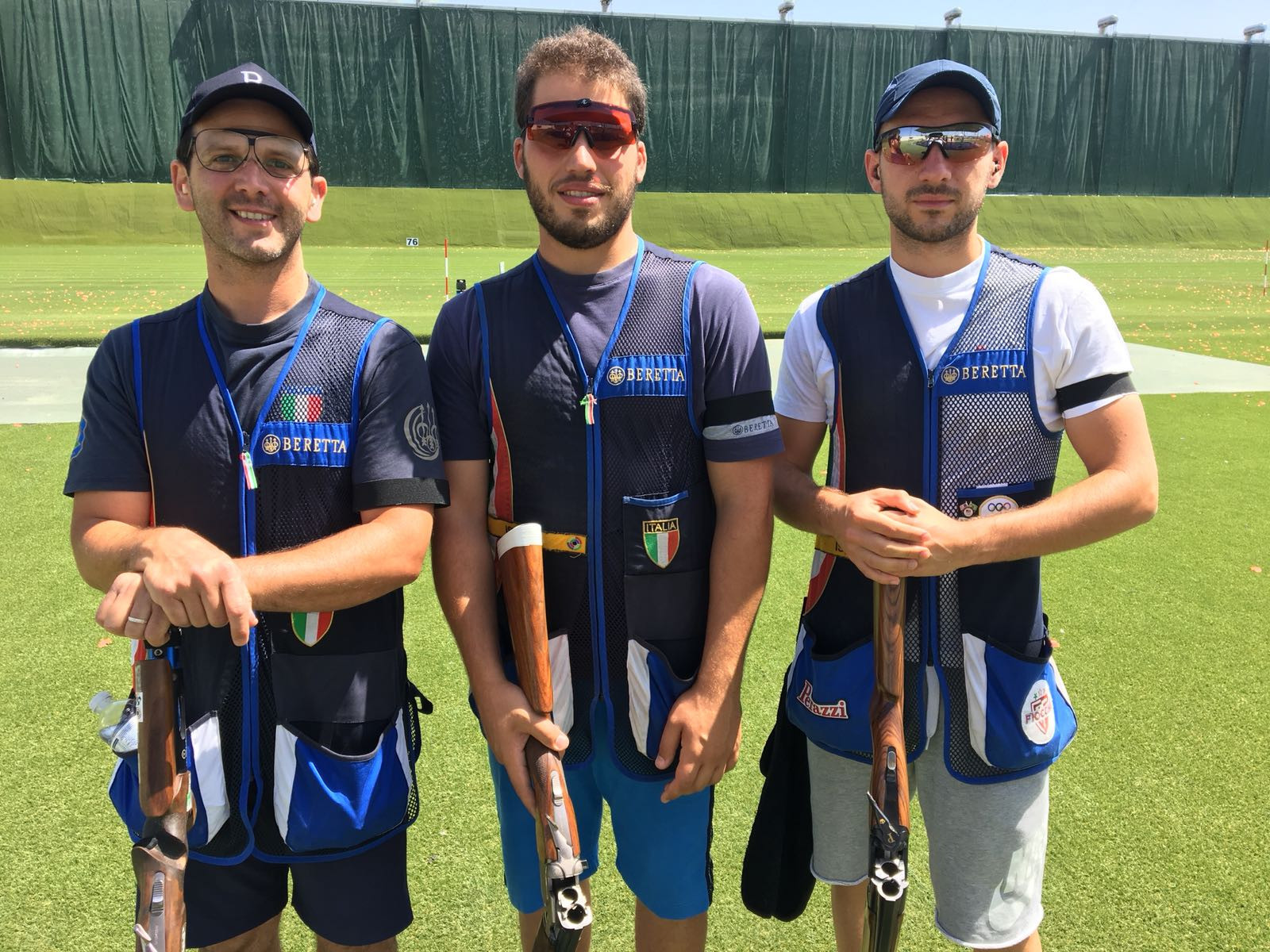 insidethegames exclusively revealed last month that the Italian had been suspended for three years by the governing body's Ethics Committee and fined.

A statement today from the Italian Shooting Federation (FITAV), of which Rossi is President, said the entirety of the country's team would wear black armbands at the ongoing World Cup at Siggiewi's National Shooting Ranges.

Athletes from the Dominican Republic and Qatar have joined them and more countries could yet follow.

"The protest arose spontaneously on the social forums, with an increasing appreciation by many shooters, on top of all the members of the FITAV national skeet team guided by coach Andrea Benelli, currently performing at the competition," a statement said.

"They shall soon be joined by the trap shooters guided by coach Albano Pera."

Ethics proceedings were opened against Rossi last year amid a number of accusations regarding his conduct as vice-president.

He was accused of launching a politically-motivated campaign to oppose the Tokyo 2020 programme proposed by ISSF President Olegario Vázquez Raña with opponents saying he was furthering his ambition of running for the top job.

Vázquez Raña claimed the Italian orchestrated a plan to hold an Extraordinary General Assembly, held to discuss the alterations to the sport's programme at Tokyo 2020, so he could lobby the membership as part of his campaign to run for President.

It was also alleged that Rossi opposed the changes as he had a conflict of interest.

A company which Rossi allegedly has a 90 per cent stake in owns nearly 20 per cent of Eurotarget, which makes clay targets used in double trap shooting.

This discipline was dropped from the Olympic programme along with the men's 50 metre pistol and 50m rifle prone events to make way for mixed competitions.

The Italian was also accused of lying by the ISSF after he circulated a letter which claimed secretary general Franz Schreiber and fellow vice-president Gary Anderson had held secret talks with the International Olympic Committee about the possible introduction of laser guns into the sport.

Rossi has appealed his ban to the Court of Arbitration for Sport.

At present he cannot stand to replace Vázquez Raña as ISSF President when the Mexican official leaves a post he has held for 38 years in November.

An Opening Ceremony was held today in Siggiewi while women's skeet qualification began the shooting action.

Donglian Zhang of China scored 69 to top the pile with three shooters following in second on 67.

The final will be held tomorrow and will be the first gold medal to be awarded.

The event is running until June 14.

insidethegames has asked the ISSF for a response.