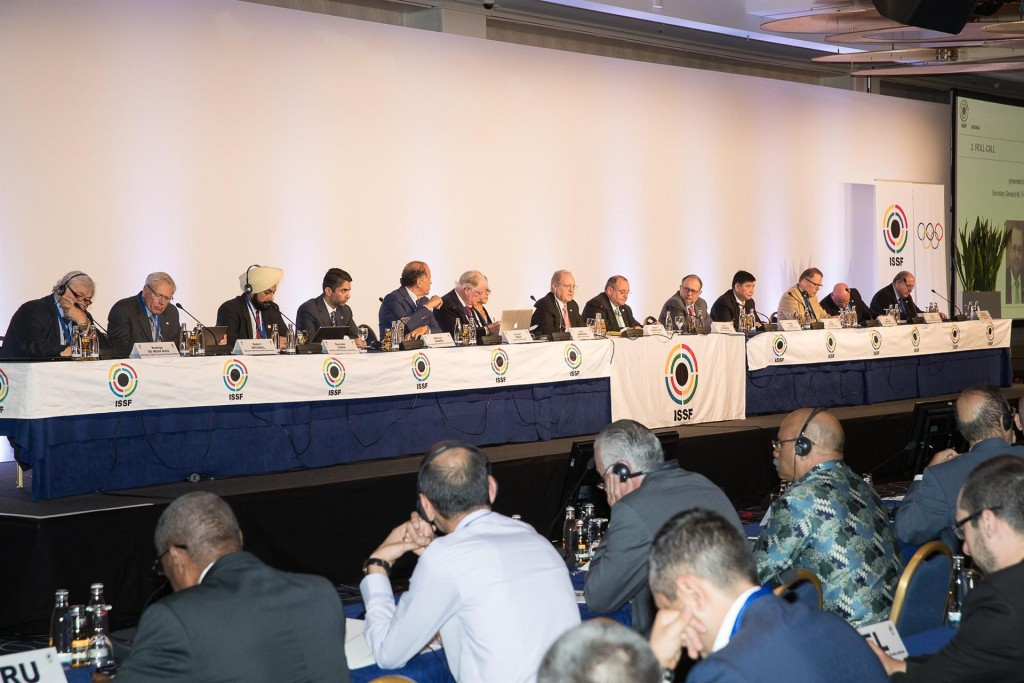 International Shooting Sport Federation (ISSF) President Olegario Vázquez Raña has accused vice-president Luciano Rossi of launching a politically-motivated campaign to oppose the Tokyo 2020 programme changes to further his ambition of running for the top job at the organisation.

In a deepening of the rift between the once close allies, Vázquez Raña claimed the Italian orchestrated a plan to hold an Extraordinary General Assembly so he could lobby the membership prior to running for President when he steps down next year.

The 82-year-old Mexican, head of the ISSF since 1980, made a number of accusations regarding Rossi’s recent conduct and claimed the Italian has a "conflict of interest".

A company which Rossi allegedly has a 90 per cent stake in owns nearly 20 per cent of Eurotarget, which makes clay targets used in double trap shooting, recently dropped from the Olympic programme along with the men’s 50 metre pistol and 50m rifle prone events.

They have been replaced by mixed team competitions in 10m air rifle, 10m air pistol and trap to adhere to the International Olympic Committee’s (IOC) gender equality rules at the Games.

Rossi denied he was conflicted in any way when questioned by insidethegames and dismissed allegations he was using the Tokyo 2020 programme alterations to help mount a bid for the Presidency.

"Mr Rossi tried to convince many Federations to follow on his path and unfortunately he created a lot of divisions among the Federations," Vázquez Raña told insidethegames here.

"I think Mr Rossi made a mistake because he tried to divide the union of the leadership of the ISSF due to his ambition to become a candidate for the Presidency.

"I said to him if you decide to run for President, and you run a clean campaign, I am totally for it.

When asked whether he believed Rossi was using the EGA and the uncertainty surrounding the changes to shooting at Tokyo 2020 for his own political agenda, Vázquez Raña said: "Yes, absolutely.

"In 20 years that he has been a vice-president of the ISSF, he has not once been at a rifle or pistol competition or shooting range.

"He has always been at the shotgun ranges.

"I understand, it is his sport, but now in the last two or three months suddenly he is the saviour and hero of rifle and pistol.

"The industry that produces the ammunition and guns, he had strong support from this industry and a strong push from them.

"He has conflicts of interest.

"He owns part of a company that produces the targets that are used in double trap.

"He never reported it to the ISSF and we didn’t even know."

It was also confirmed here that Rossi has officially been referred to the Ethics Committee, which has not yet been established, by the Executive Committee.

As well as the Tokyo 2020 changes, the row centres on a letter circulated by Rossi, claiming ISSF secretary general Franz Schreiber and fellow vice-president Gary Anderson had held secret talks with the IOC about the possible introduction of laser guns into the sport.

The ISSF again denied this, as did IOC sports director Kit McConnell, but Rossi insisted he had the proof to back up his allegations.

He said he would respond by asking for Vazquez Rana, Schreiber and Carlos Silva Monterroso, President of the Shooting Confederation of the Americas - who wrote a letter urging the Ethics Committee to investigate Rossi - to also be referred to the Ethics Committee.

In the letter, Monterroso wrote that Rossi had given a number of "false statements" to National Federations regarding shooting's programme at the 2020 Olympics.

Monterroso also alleged that Rossi had accused him of defamation, as well as threatening legal action against him, Vazquez Raña and Schreiber.

"I don’t know [the reasons for the Ethics Committee referral] and I don’t understand why they are doing this," Rossi told insidethegames.

"This attack was very bad for me, very bad.

"This direction the sport is going in is very dangerous and there has been no transparency.

"My goal is not for me but for shooting.

"I don’t think I have done anything wrong - on the contrary, I have done a lot of good things and made a difference.

"My story is always positive."

Rossi also stressed there was no conflict of interest despite his involvement in the production of clay targets.

"This argument is very easy – you can see my official income financial report which is public," the 64-year-old said.

"You can see what I have, where the money is.

"One hundred per cent I am not conflicted."

Yesterday's meeting here was called to discuss the reasons behind the alterations and to provide an explanation to the ISSF's wider-membership.

A number of criticisms of the axing of the three events from the Tokyo 2020 programme were raised but the plans were ultimately passed unanimously by applause.

It came after a series of presentations were given, including by ISSF Technical Committee chairman Jörg Brokamp, who also sits on the Executive Committee.

Brokamp presented event-based analysis from the IOC of shooting's events from Rio 2016, which revealed double trap, men's 50m pistol and 50m rifle prone were three of the four least popular competitions based on media consumption data.

Men's and women's 10m air rifle and air pistol all ranked in the top four.