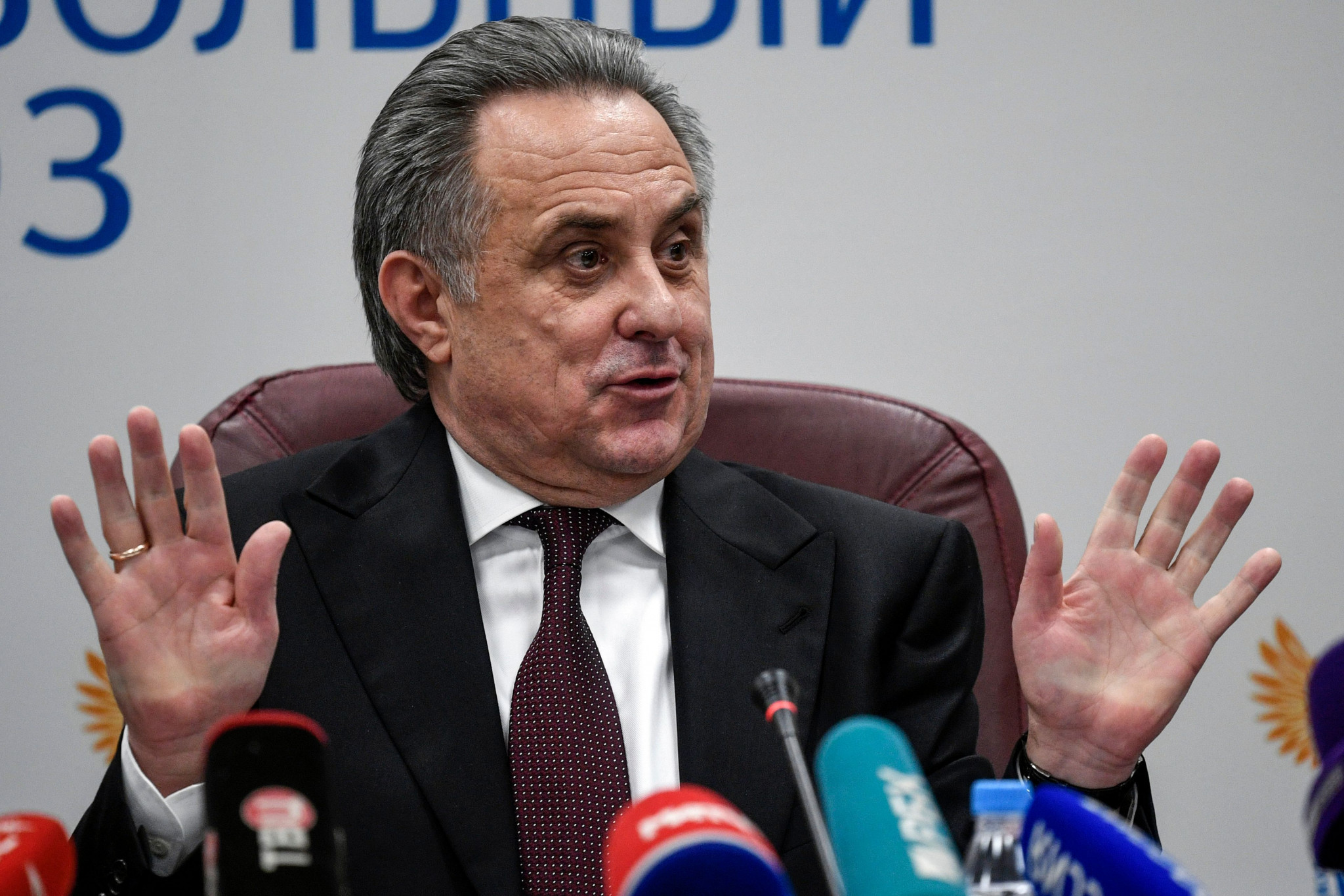 Russian President Vladimir Putin has defended Vitaly Mutko and claimed it would be "impossible" to fire him given the international criticism after his role in the country's doping scandal.

Putin, speaking during an annual phone-in, was asked in an apparently lighthearted manner whether he would support portraits of the Deputy Prime Minister being painted onto Russian warships to make them "unsinkable".

This has included being removed from the FIFA Council and a lifetime ban by the International Olympic Committee (IOC) from all Olympic events.

Putin began his response by claiming how Russian ships are "already unsinkable" before defending Mutko's role and implying that he would not consider sending him into retirement to avoid the appearance of an international concession.

"I would like to draw your attention to the fact that his English language certainly needs to be improved, but during his years as a Minister of Sport, and then a Vice-Premier [Deputy Prime Minister], a lot has been done in this area," he said, according to Championat.

"It is enough to see what and how much is built in the sphere of sport and physical culture.

"It is necessary to address not to the emotional aspects of his activity, but to the actual.

"If we analyse it realistically, we will see that a lot has been done."

Putin claimed that the same could be said about sporting events, including the 2014 Winter Olympic and Paralympic Games in Sochi.

"It's pretty much Mutko - I understand everything, but I do not proceed from emotional assessments, but from realities.

"But there is one more point.

"All this informational attack on him connected with doping from the West was incredible and this is also one of the reasons why it was impossible to send Mutko on pension.

"Besides, he has big potential and will need to work hard on his new position."

Mutko was the Deputy Prime Minister responsible for sport until last month, when his portfolio was changed to construction.

Neither the IOC or World Anti-Doping Agency-commissioned investigations proved that Mutko was directly involved in the doping scandal - which included a sample tampering scheme at Sochi 2014 - but as Sports Minister they accused him of overall responsibility.

He also embarked on a 77-minute rant attacking international criticism of Russia during a recent press conference to publicise the World Cup.