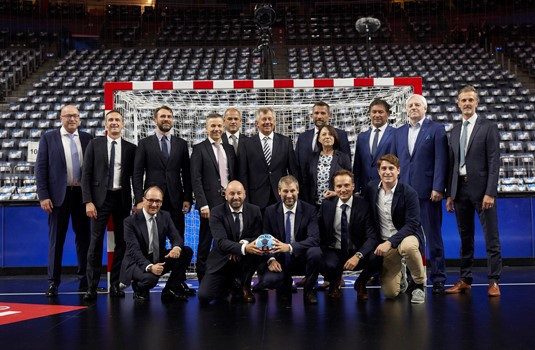 The European Handball Federation (EHF) have announced a “long-term partnership” with Infront and Perform Group, which is claimed to be worth around €500 million (£438 million/$582 million).

The agreement was signed by the EHF and its marketing arm, EHF Marketing GmbH, prior to the final matches of the Champions League season in Cologne.

They state the 10-year media and marketing partnership will come into force from 2020.

The EHF are currently partnered with Infront, one of the world’s leading international sports marketing companies, but will now also work with digital media specialists Perform Group.

“This is a watershed moment for our sport and the EHF,” said Michael Wiederer, EHF President.

“The new partnership with Infront and Perform will shape the future of handball on a club and national team level, not only in financial terms but also with the huge potential it brings for future growth and development.

“Handball today is a very different sport, both on and off the court, and the dimensions of this agreement underline the fact that we have a top product with the ability to electrify people worldwide.”

A long-term strategy will be worked on by the two companies in collaboration with the EHF and Forum Club Handball, the organisation representing Europe’s top men’s clubs.

The strategy will be aimed at securing significant growth for the sport across both existing and new markets.

Growing the appeal of the sport to younger audiences through an enhanced digital offering has been labelled as a key target.

The contract covered national team competitions, youth and beach events and club competitions, including the EHF Champions League and other European Cup events, through to 2030.

"Our partnership with the EHF stretches back over two decades, and together over that time we have created a must-have product with the EHF Euros,” said Philippe Blatter, Infront President and chief executive.

“This new agreement is testament to the fact that when we enter partnerships with sports properties, we bring great experience and value.

“We are all about uniting people in sports by creating emotions, fulfilling the dreams of millions of fans and allowing them to share their passion.

“I am delighted to continue this journey with EHF.

“We have an opportunity to grow the popularity of European handball by expanding into a younger and more digitally focused fan base and by engaging the audience beyond the sixty minutes of the game."

Perform, a UK-based company, are claimed by the EHF to be a digital leader in global sports media.

The agreement with existing partner MP & Silva will remain in place for a further two seasons until 2020.