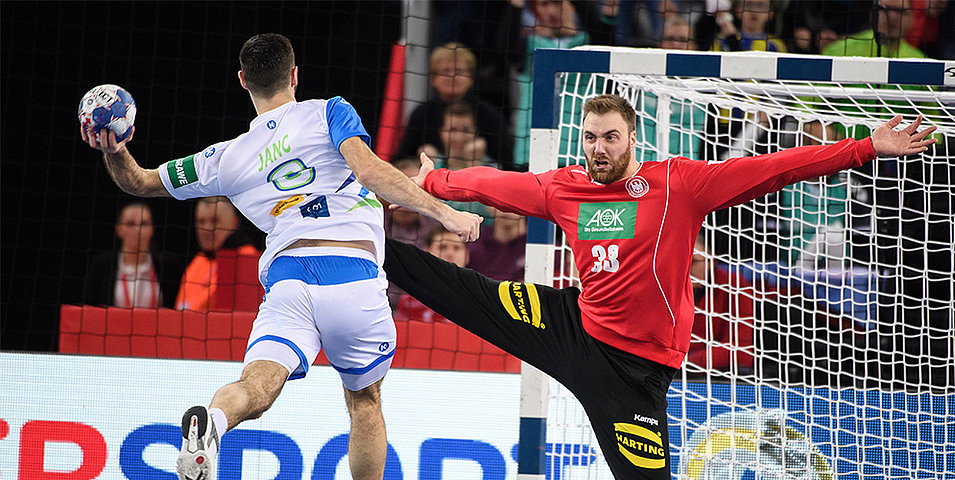 Defending champions Germany advanced to the main round of the men's European Handball Championships despite being held to a 25-all draw by Slovenia at the Arena Zagreb.

Slovenia led the Group C contest in Croatia's capital 25-24 with three seconds remaining but there was then high drama as the match ended all square.

After the final whistle, video replays were used and determined that Slovenian Blaz Blagotinsek had illegally stopped Germany's final attempt in the middle circle.

Blagotinsek was retrospectively sent off and Germany received a penalty which was netted by Tobias Reichmann.

It sealed a lucky draw for Germany, the Rio 2016 Olympic bronze medallists, as Slovenia had been the better side for much of the game.

"The first half wasn't so good, Slovenia's defence was really strong, but we kept our heads high and at the end we won a point," said Germany coach Christian Prokop.

Macedonia have also qualified from Group C after making it two wins-from-two by beating Montenegro 29-28.

In Group D, Spain and Olympic champions Denmark booked their paths through to the 12-team main round at the Varaždin Arena.

Spain edged Hungary 27-25 to make it two wins from two, with the Danes going through despite their surprise 28-27 defeat to the Czech Republic.

Denmark cannot be ousted from the all-important top three in the group as they are guaranteed to finish above Hungary due to the head-to-head record rule.

Groups A and B will conclude tomorrow.