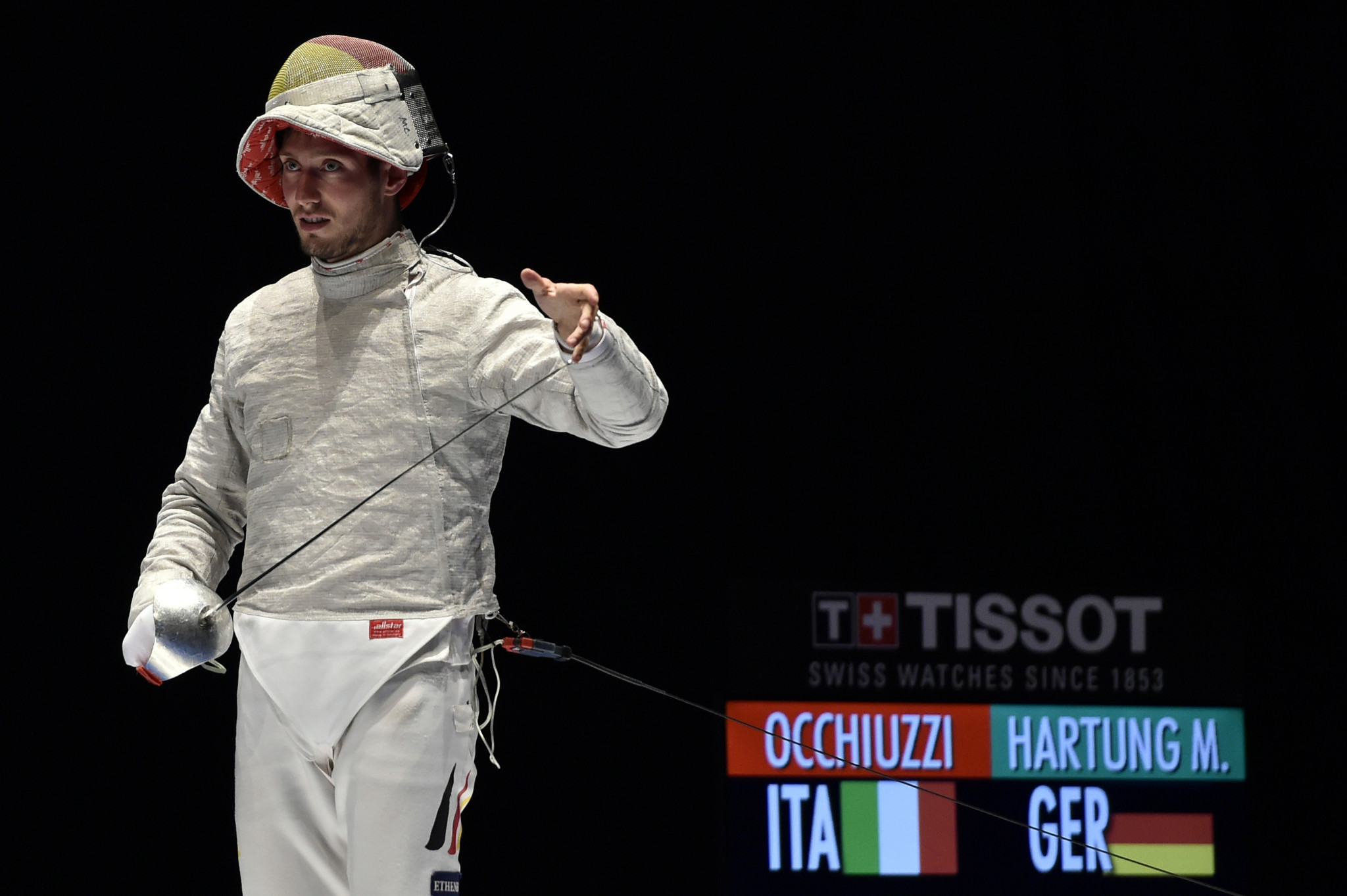 A lump participation sum granted to all athletes appearing at the Olympic Games has been proposed as one idea by the head of a panel of German athletes seeking to reform the way revenues are distributed.

Max Hartung, chair of the German Olympic Sports Confederation (DOSB) Athletes' Commission, told insidethegames that this would be paid in return for athletes agreeing to sign over their television and picture rights for the duration of the Olympic Games.

Hartung, the reigning European champion in the individual sabre event, was among Commission members to write a letter to International Olympic Committee (IOC) President Thomas Bach last week criticising the current revenue distribution model and calling for 25 per cent of IOC profit to go directly to athletes.

“We have some good experience and ideas how athletes funding can be spent in Germany worked out with Stiftung Deutsche Sporthilfe, including scholarships, retirement funds and social security,” Hartung told insidethegames.

“There are a lot of ideas but also including a participant lump sum for signing over your television and picture rights.

"It is important for us that the money reaches the athletes and does not dry up somewhere in big structures.

"There would be 100 per cent transparency and tracking the path of every dollar spent.”

Bach, a former fencer himself who won the foil team title at the Montreal 1976 Olympics, invited Hartung and the other signatories of the letter to Lausanne to "discuss and explain" the current model.

IOC Athletes' Commission chair Kirsty Coventry also defended the status quo and claimed the current system of Olympic Solidarity - which is due to provide over $500 million (£370 million/€423 million) of funding for athletes either directly or indirectly over the 2017-2020 Olympic cycle.

Hartung, though, suggested athletes bodies should be more independent from sports organisations and calls for other athletes to follow the DOSB lead.

“Our goal is to implement a worldwide athletes representation that can function independent from federations or Governments' influence,” Hartung added to insidethegames.

“I believe that is not the case today.

“I believe by moving first we can encourage others.

“It is important that athletes feel safe to speak about what is on their mind concerning all topics.

"If they did tragedies like in US Gymnastics eventually can be prevented or detected at an earlier stage.

"It is time athletes speak up united to change the sport system for the better.”