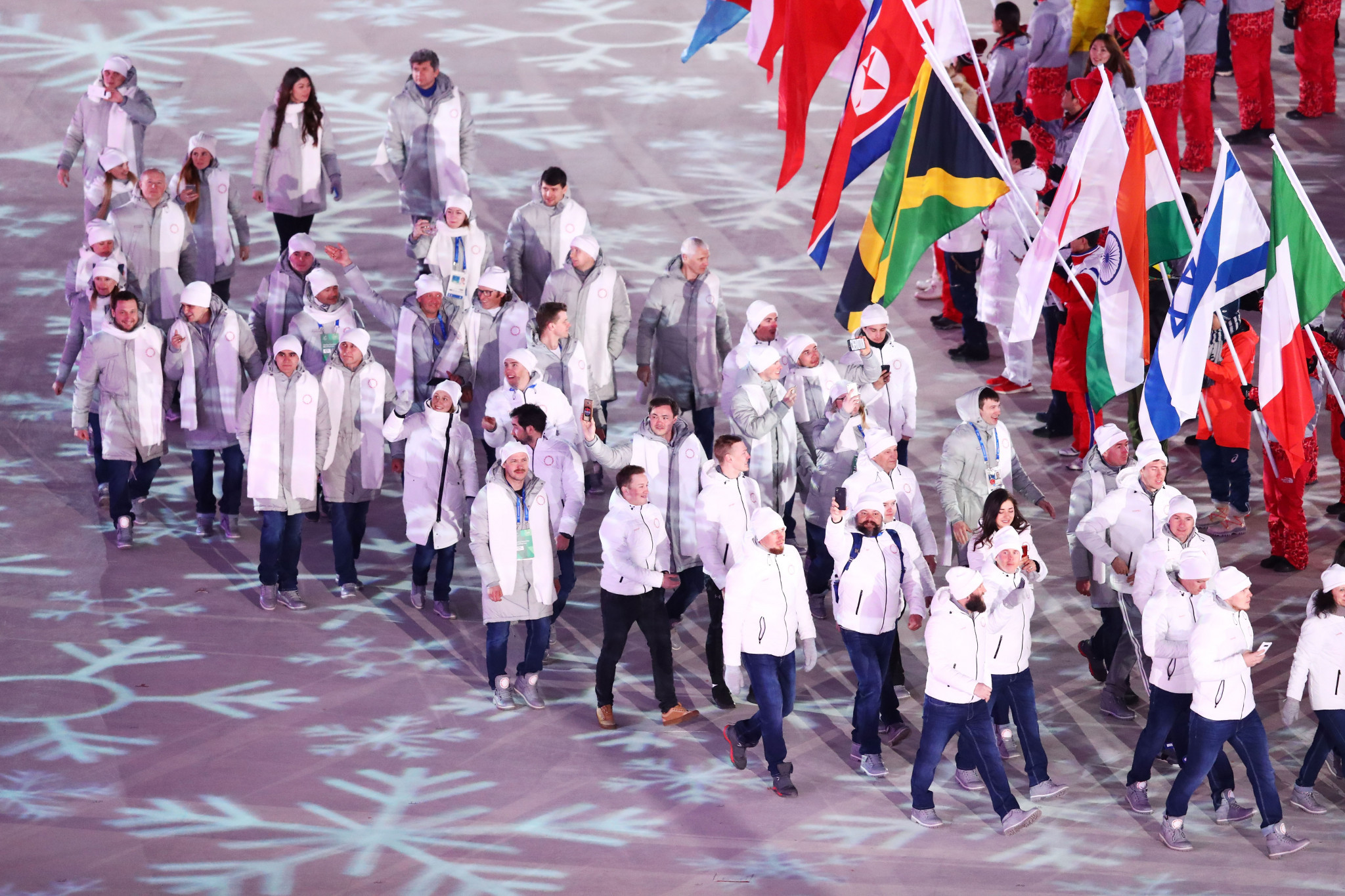 The suspension, imposed in December for Russia's "systemic manipulation" of the anti-doping system at Sochi 2014, was lifted on February 28 by the IOC Executive Board.

It came despite two athletes competing as part of the Olympic Athletes from Russia (OAR) team having failed drugs tests during Pyeongchang 2018.

A statement by the German Olympic Sports Confederation (DOSB) Athletes' Commission claimed athletes from the country are "totally shocked" by the situation.

"The decision is not conclusive or understandable for the athletes," it read.

"The given press release by the IOC is no satisfying explanation neither to the public nor to the athletes why this decision was made only a few days after the Games ended.

"We recognise in this approach that sport, especially the IOC, is not able to deal and lead through this crises.

The DOSB Athletes' panel is chaired by fencer Max Hartung, a world champion in the team sabre event in 2014.

"We're very disappointed in that," the 1984 Olympic marathon silver medallist was quoted as saying by the Irish Independent at the launch of Sport Ireland's 2017 Anti-Doping Review.

"The IOC is basically saying there's one rule for one country and another for the rest.

"It would appear in December they were banned and they didn't ban them.

"It was fake news.

"[Anti-doping] is at a critical point.

"We've always advocated for the IOC not to be involved in decisions around anti-doping and never was it so underlined than that decision made last week."

The World Anti-Doping Agency are among other organisations to oppose the ban being lifted so swiftly.

The proposal was unanimously supported by the IOC Session, despite the voicing of opposition from members including New Zealand's Barry Maister.

A poll published by Russian news agency Sputnik, compiled by the Public Opinion Foundation, found that 47 per cent of Russians believe the two athletes did not use any prohibited substance.

A further 20 per cent of respondents believed they had been unaware of having ingested banned substances while just eight per cent believed they did so intentionally.