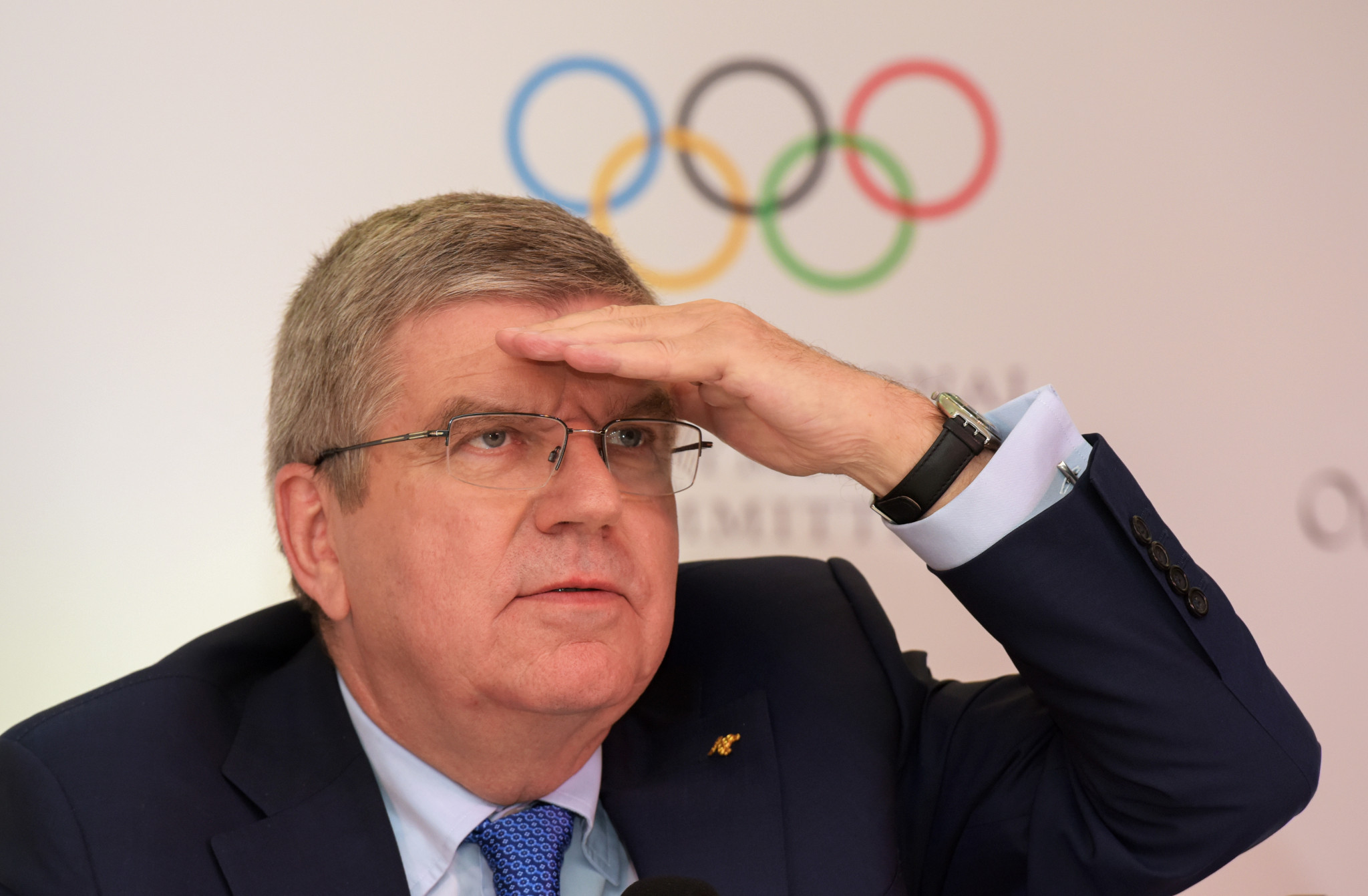 International Olympic Committee (IOC) President Thomas Bach has invited critical German athletes to Lausanne so he can "discuss and explain" the ways in which they support and finance Olympians.

IOC Athletes' Commission chair Kirsty Coventry has also delivered a defence of the IOC system and claimed it directly contributed to her own success as a seven-time Olympic medal winning swimmer.

There is no suggestion in the comments of either figure that they are willing to reform the system in any way.

An open letter written by the German Olympic Sports Confederation (DOSB) Athletes' Commission, chaired by fencer Max Hartung and addressed to Bach yesterday, called on the IOC to revolutionise their funding model by granting 25 per cent of revenues directly to athletes and a further 10 per cent to the World Anti-Doping Agency (WADA).

"Athletes participate negligibly in the marketing profits of the IOC, even though they provide their far-reaching image and personality rights," the letter said.

Coventry responded by claiming that, while she can "totally understand and empathise with the challenges that athletes face to reach the peak of their athletic career", she also "believes that none of us get to the top of our sporting career without the supporting structure around us".

"The first priority of the IOC is to organise the Olympic Games, and therefore $2.5 billion ($3.34 billion/€2.85 billion) is going to the Organising Committees to support the preparation of the Olympic Games and Olympic Winter Games every four years," the Zimbabwean told insidethegames.

"Through the organisation of the Olympic Games, all athletes from all Olympic sports worldwide have a stage which they otherwise would not have, and have the opportunity to present their sport and themselves to a worldwide audience whatever their background.

"We also have the programmes of Olympic Solidarity which is more than $500 million ($668 million/€571 million) in the current Olympic cycle, and this is for programmes to support education and social programmes as well as direct support to athletes from around the world."

She then cited her personal circumstances to argue how this is beneficial.

"I myself am a good example, coming from a country in Africa - Zimbabwe - with a limited ability to support sport," Coventry said.

"I received an Olympic scholarship over a number of years, and only this allowed me to pursue my education and my athlete's career.

"Without this support I could never have participated in the Olympic Games and for sure not to have won a gold medal.

"And there I am only one example from many hundreds of athletes around the world, in particular in developing or small countries, and even for the refugee athletes.

"To put this solidarity model in question would be to put the universal participation in the Olympic Games in question and would be highly detrimental to the equality of chances for all athletes from around the world, no matter what their background or financial means."

Coventry does not, however, respond to the section of the letter criticising the IOC's Rule 40.3, which is in operation during an Olympic Games and prevents an athlete showcasing sponsors that are not affiliated with the Olympic brand.

"Having seen the responses both of the elected Olympic athletes' representatives and from the DOSB, it has been made clear that the IOC distributes 90 per cent of its income to sport and to supporting the athletes," Bach added to insidethegames.

"As a former athletes representative myself I would be happy to invite the German athlete representatives to the IOC in Lausanne to discuss and explain the solidarity model.

"This we already did in the Olympic Village in Pyeongchang where we invited all the athletes to an open meeting to explain this Olympic solidarity model of Olympic financing."

The debate comes amid suggestions that the IOC Athletes' Commission represent IOC interests more than they do those of international athletes.