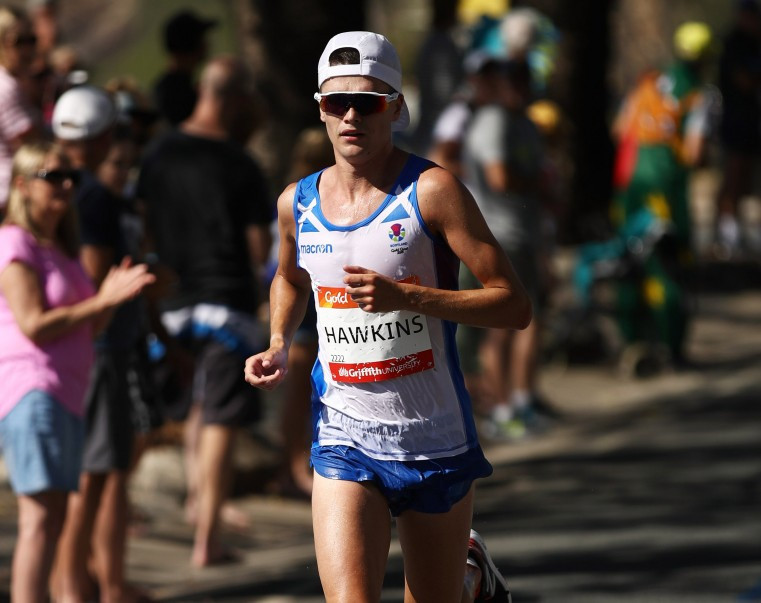 Callum Hawkins made his competitive return from his heat-induced collapse during the Commonwealth Games marathon in Gold Coast last month when racing at the Vitality London 10,000 in the British capital today.

The Scot had looked on course to claim an impressive victory in Australia after pulling two minutes clear of the rest of the field before he staggered and eventually collapsed to the floor with little more than one mile to go in boiling conditions.

An attempt to refuse help and clamber back to his feet proved unsuccessful and the 25-year-old was still prostrate on the ground when defending champion Mike Shelley came past him.

The Scot was unable to finish and was swiftly taken to hospital.

He finished a lowly 42nd today in a time of 31min 27sec in a race doubling at the British 10 kilometres National Championships,

"I feel a lot better now I have had some rest since returning from Australia and I’m looking forward to getting out there and competing again," Hawkins told The Sun beforehand.

"I started training two weeks after I got back but it was still pretty limited, I'm not up to full training yet.

"My aim in London is really just to get back racing.

"I'm not expecting anything, a time, a position.

"It's just about jumping back on the horse.

"I'm throwing myself in the deep end a bit but I'm doing the thing I love which is racing."

Steph Twell clocked 32:34 to win the corresponding women's race ahead of Gemma Steel, who clocked 33:00 for second place, and defending champion Jo Pavey, who was 12 seconds further back in third. David

Weir also won the men's wheelchair race in 21:51 while Mel Nicholls outsprinted Nikki Emerson to the women's title after both clocked 27:33.