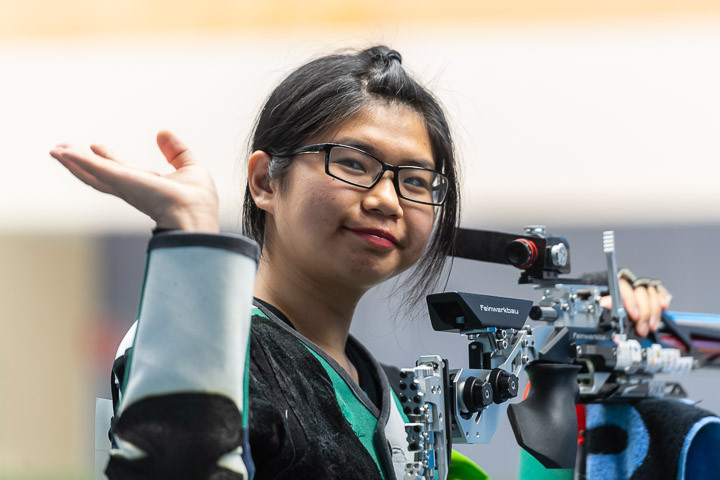 The 19-year-old's victory was her first gold at this level and her third consecutive medal at World Cup and Junior World Cup events.

She scored 250.3 points to top the podium at the Olympian Schiessanlage in the German city, which hosted competition at the 1972 Olympic Games.

"I can't believe it, I am so happy," said the Taiwanese.

"I started shooting during my high-school studies and I never imagined I could reach these results.

Lin was 43rd in Munich last year with her performance today representing a vast improvement.

"I have been working hard, training a lot, in the last year, and results are paying off," she said.

"Now I will focus on the Asian Games, and then of course on the 2020 Olympics."

China's Wu Mingyang won silver today on 249.8 points after victory in Fort Benning in the United States last time out.

Action will continue tomorrow with the men's 50m rifle three positions final and the men's 10m air pistol final to be held.