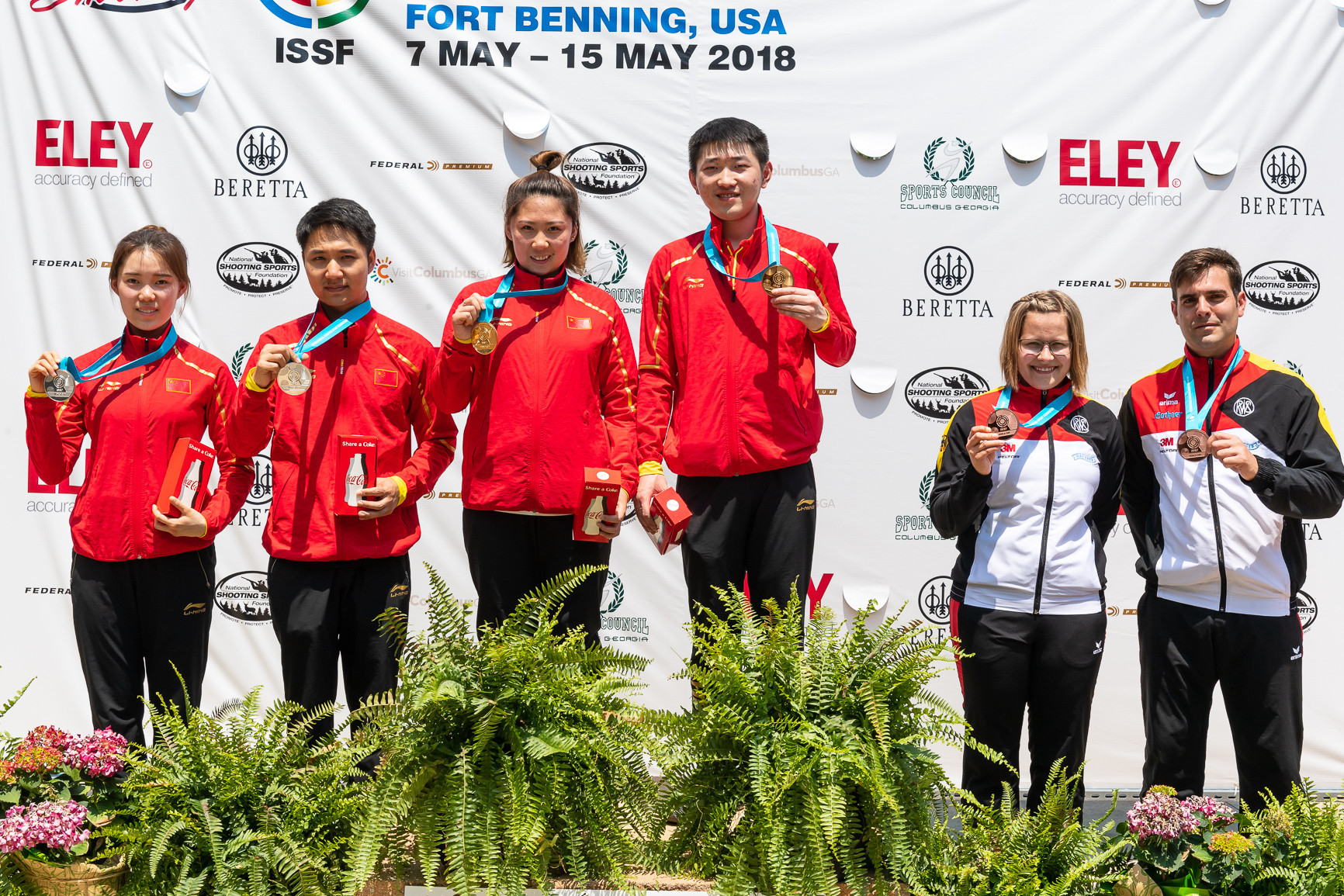 China finished top of the medal table at the International Shooting Sport Federation World Cup in Fort Benning as they claimed one of the two golds available on the final day of action.

Yao Yuncong and Wu Mingyang won the 10 metre air rifle mixed competition at the American army base on the Alabama-Georgia border, as their country ended the event with four golds in a total medal haul of 12.

The duo were only fifth after the first five-shot series but some consistent shooting saw them grab top spot after the fourth trip to the range.

They continued to pull away and ended on a winning tally of 497.7 points.

China also claimed silver as Yang Haoran and Zhao Ruozhu finished on 495.7, which came after they had shot their way to a qualification world record of 842.0.

Selina Gschwandtner and Julian Justus of Germany won bronze on 433.1.

The duo were involved in a tight duel with Serbia's Zorana Arunovic and Damir Mikec which saw the lead switch between the two pairings.

Carrera and Franquet shone in the final series to jump above their rivals at the crucial moment and win on 479.0 points.