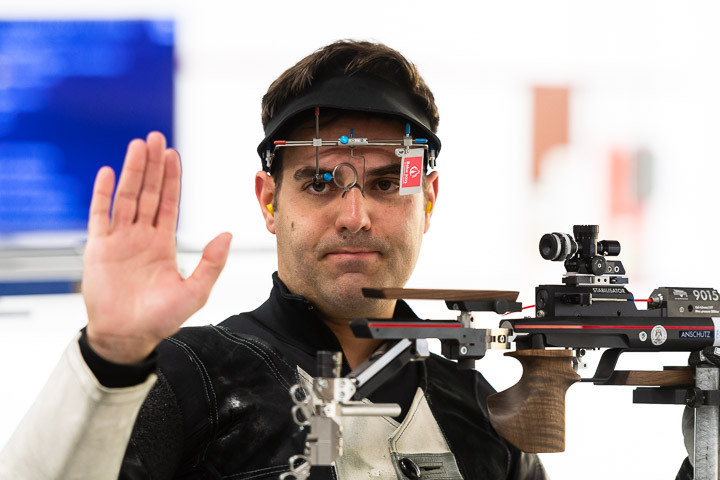 His victory at the United States army base on the Alabama-Georgia border marked the 30-year-old’s second World Cup gold after he won the men’s 50 metre rifle 3 positions eight years ago, before deciding to concentrate on the single event.

The German shot consistently throughout the match today and only missed one of his 24 shots, eventually scoring a total of 248.7 points.

His closest rival, Juho Kurki of Finland, was second on 247.1 points.

It had looked like the 26-year-old would challenge Justus closely but his poor attempts of 9.5 and 9.8 in the seventh series meant he had to eventually settle for silver.

Following his victory, Justus said: “After the World Championship in Granada I put all my efforts and my focus in the air rifle event.

“And now it feels great to be finally on top of the podium.

“I think the plan worked!

“And then I’ll try to win the trials for the upcoming ISSF World Championship in South Korea.”

Hungary's Istvan Peni rounded off the podium thanks to a score of 226.5.