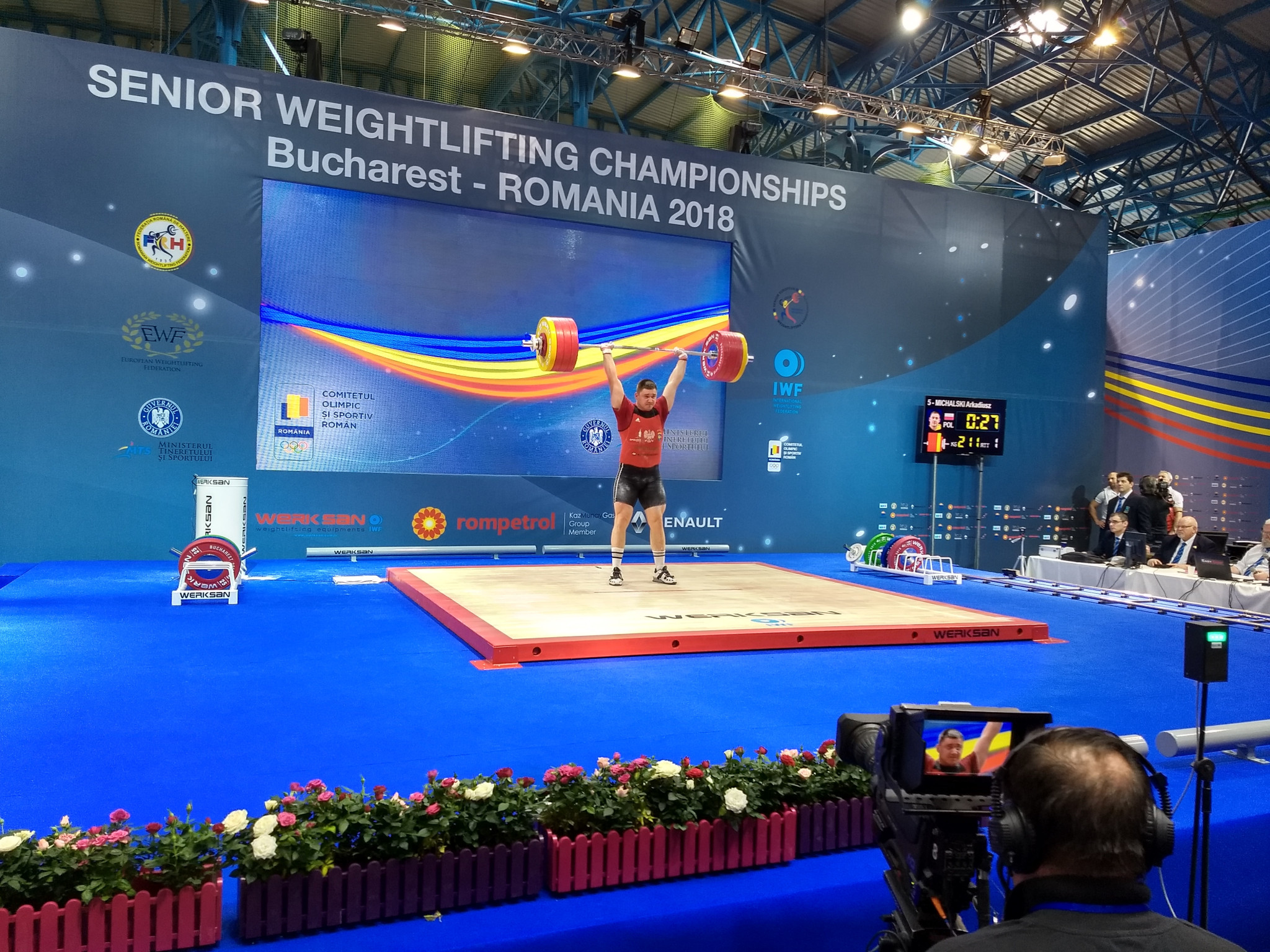 He failed with a world record attempt of 221 kilograms in the snatch but his total of 457kg was 40kg better than his nearest rival, the Czech Jiří Orság, with Péter Nagy of Hungary in third place on 416kg - and he retired with a lift to spare.

Talakhadze, 24, will be presented with the men’s International Weightlifting Federation (IWF) 2017 Athlete of the Year title at a gala event in his homeland next month - along with women’s winner Lydia Valentin, who also won gold here yesterday.

Romania had set themselves a target of four medals of any colour and their total of nine was more than anybody else.

"We have had a wonderful week - it has gone very well for us with medals and organisation," Nicu Vlad, the Romanian Weightlifting Federation President and 1984 Olympic champion, said.

The Romanians took on the hosts’ role at only 46 days’ notice after Albania withdrew, and put on a good show for more than 100 countries who showed live television coverage.

"We have had very good feedback, we won medals we didn’t expect, we could not have asked for more," said Vlad.

Poland’s Arkadiusz Michalski won the men’s 105kg with 399kg – the first time the winning total was below 400kg.

The Polish anthem was heard again when Aleksandra Mierzejewska made her last lift to take the 90kg on 237kg ahead of Hungary’s Krisztina Magat and Aanei, the beaten favourite.

That left Poland third in the medals table, ahead of Spain.

Singing along to the anthem was Bogdan Mokranowski, the Pole who was behind the microphone for every session at his 1,001st weightlifting competition as referee, technical official or announcer – from junior leagues in Poland to the 2012 Olympic Games in London.

Mokranowski, 68, whose first competition was in 1972, will not be hanging up his microphone yet.

"If my health is good I will keep going - I love this work,” he said.

In the absence of seven suspended nations there were four medals for Nordic countries, a very rare occurrence, and 16 medal-winning countries in all, more than half the field.

The suspended seven - Russia, Azerbaijan, Ukraine, Belarus, Armenia, Moldova and Turkey – are due to return next year in Batumi in Georgia, where Talakhadze is keen to set more world records in front of his home fans.

Michalski made his superiority in clean and jerk count for his 105kg gold, making up a snatch deficit of 7kg on the Austrian Sargis Martirosjan to finish on 396kg, ahead of Bulgaria’s Georgi Shikov on 389kg and Martirosjan 384kg.

Martirosjan, 31, is making up for lost time and aiming to compete at the Olympic Games for a second time at Tokyo 2020.

After he moved from Armenia to Austria as a refugee in 2005, he spent nine years training without being able to compete as an international, as his citizenship was delayed.

"Those years were very hard for me, because I was never sure when I was going to get clearance," said Martirosjan, whose international debut was at the 2014 IWF World Championships.

Martirosjan has helped to foster a close relationship between the Austrian and Armenian Federations.

The Austrians were saddened by last week’s revelations about the systematic doping that plagued Armenian weightlifting around the time of the 2008 and 2012 Olympic Games, which led to retrospective positives and a one-year suspension.

Details of the cheating, orchestrated by the Armenian Weightlifting Federation, broke in a story published last week in Armenia.

According to information from Armenia there could be more trouble ahead.

One of Armenia’s top female lifters is said to have tested positive recently.

The Armenian National Olympic Committee (ARMNOC), asked by insidethegames to comment on the doping revelations, said via a spokesperson, "We have seen the article, but the NOC of Armenia does not have any official comment to make.

The ARMNOC did not respond to a query about the recent positive.