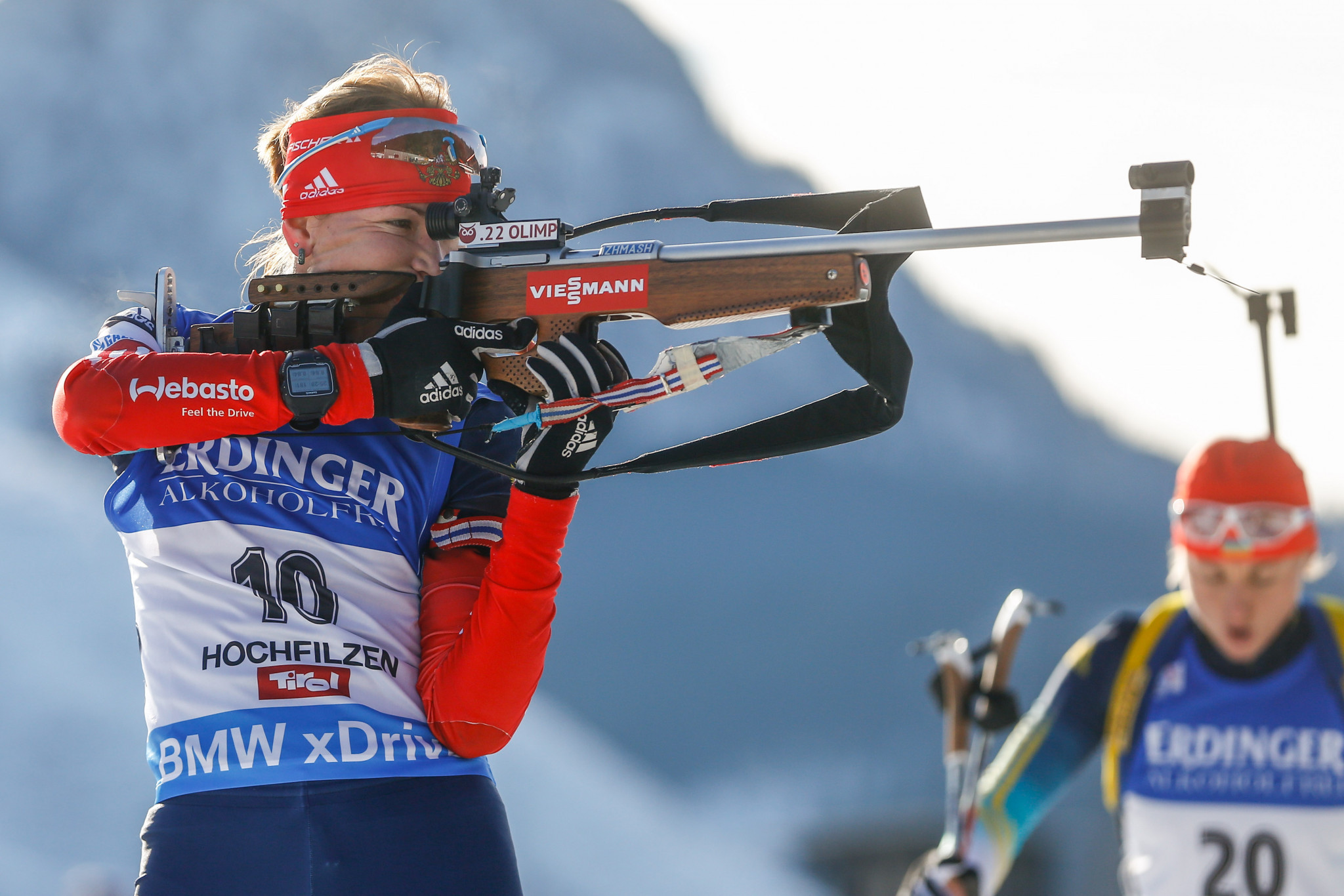 Russian biathlete Ekaterina Glazyrina has been banned until next year and stripped of four years of results in a doping case based on evidence contained within the McLaren Report.

The International Biathlon Union (IBU) announced today that Glazyrina has been found guilty of an anti-doping rule violation for the use of a prohibited substance.

She has been handed a two-year ban backdated to the beginning of her provisional suspension on February 10 last year.

It is believed to be the first full sanctioning by a winter International Federation based on the World Anti-Doping Agency (WADA)-commissioned McLaren Report.

Glazyrina has already announced that she will appeal the verdict at the Court of Arbitration for Sport (CAS).

"It will be in the next week after the holidays, in any case, I will sue," she told Russian newspaper R-Sport today.

The 31-year-old is a two-time European Championship medallist and enjoyed six podium finishes on the World Cup circuit in 2012 and 2013.

She finished 61st in the individual event - now 59th following the doping related disqualifications of two team-mates - at the 2014 Olympics in Sochi but was suspended from the team and did not feature in the gold medal winning relay team after posting online criticism about the Russian Biathlon Union.

The Evidence Disclosure Package (EDP) published alongside the McLaren Report suggests she failed tests for banned steroids oxadrolone, trenbolone and metenolone in December 2013 but was put on a "saved" list whereby failures were never made public.

The IBU Anti-Doping Panel which made this decision was chaired by Christophe Vedder, the same official who headed two CAS panels which overturned 28 Russian doping sanctions handed-down by the International Olympic Committee (IOC) earlier this year.

It comes at a time where the IBU are seeking to repair its reputation after Anders Besseberg and Nicole Resch relinquished their positions as President and secretary general last month after the opening of a series of investiations across Europe into possible doping, fraud and corruption involving Russian athletes.

It is not clear if the 2017 reference relates to cases themselves or athletes implicated earlier being allowed to compete there - thus giving Austrian authorities jurisdiction for an investigation.

There appears no suggestion that Glazyrina was involved in this but questions can be asked as to why her case has only been finalised now considering the IBU Anti-Doping Hearing Panel held their enquiry on October 16 last year.

CAS did also rule in favour last year of an International Association of Athletics Federations sanction against Anna Pyatykh, a Russian long jumper also sanctioned partly based on evidence found within the McLaren Report.

Most other International Federations have been reluctant to follow suit, however, particularly after the failure of 28 of the 39 IOC cases.

The IOC announced yesterday that they plan to appeal those rulings at the Swiss Federal Tribunal.

IOC President Thomas Bach also backed the WADA in their handling of the investigation into Besseberg and Resch, but stopped-short of addressing the allegations in detail.