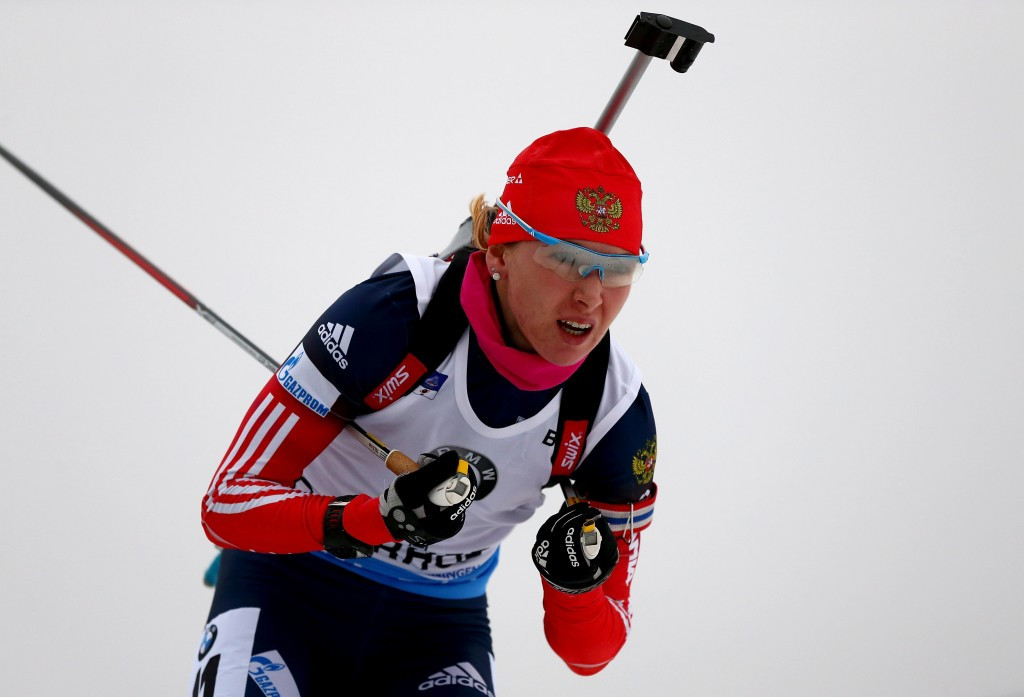 Russian Ekaterina Glazyrina has been provisionally suspended by the International Biathlon Union (IBU) with immediate effect due to findings in the McLaren Report.

The 29-year-old will now not be able to compete in today's women's sprint event at the ongoing IBU World Championships in Hochfilzen, and has been replaced by Irina Uslugina.

Published on December 9, the second part of the World Anti-Doping Agency (WADA) McLaren Report looked into allegations of state-sponsored Russian doping, particularly in winter sports, and the possibility of a sample manipulation scheme.

The IBU said they had been analysing the report's findings before today's announcement.

"Following the publication of the McLaren Report – Part II on December 9, the IBU established a working group to evaluate the Report and study the available documents," a statement today said.

"It initiated specific follow-up actions in order to get more data with regard to the alleged anti-doping rule violations.

"After having collected additional information and documentation, the working group came to the conclusion that an optional provisional suspension was to be implemented as several samples of the athlete may have contained prohibited substances and doping controls conducted by the Russian Anti-Doping Agency may have been tampered, without limitation by manipulation of sample(s).

"The Executive Board in its meeting today supported this proposal and decided to provisionally suspend Ekaterina Glazyrina with immediate effect from February 10, 2017, pending the IBU determination of whether or not the athlete has committed an anti-doping rule violation.

"The athlete and the Russian Biathlon Union have been informed about the provisional suspension accordingly.

"The athlete is given an opportunity for a provisional hearing."

Austrian police then raided the hotel of the Kazakhstan team amid doping suspicions.